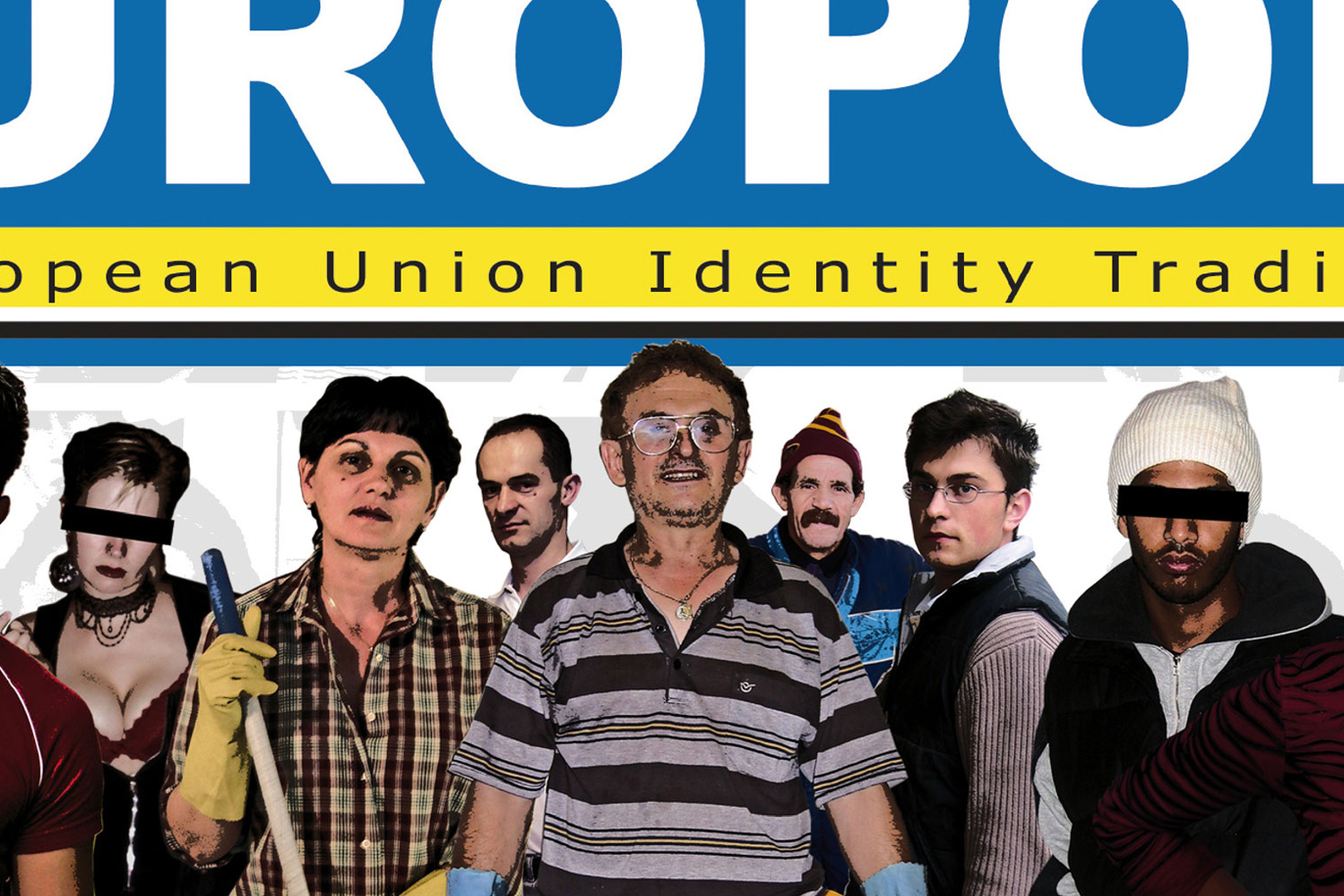 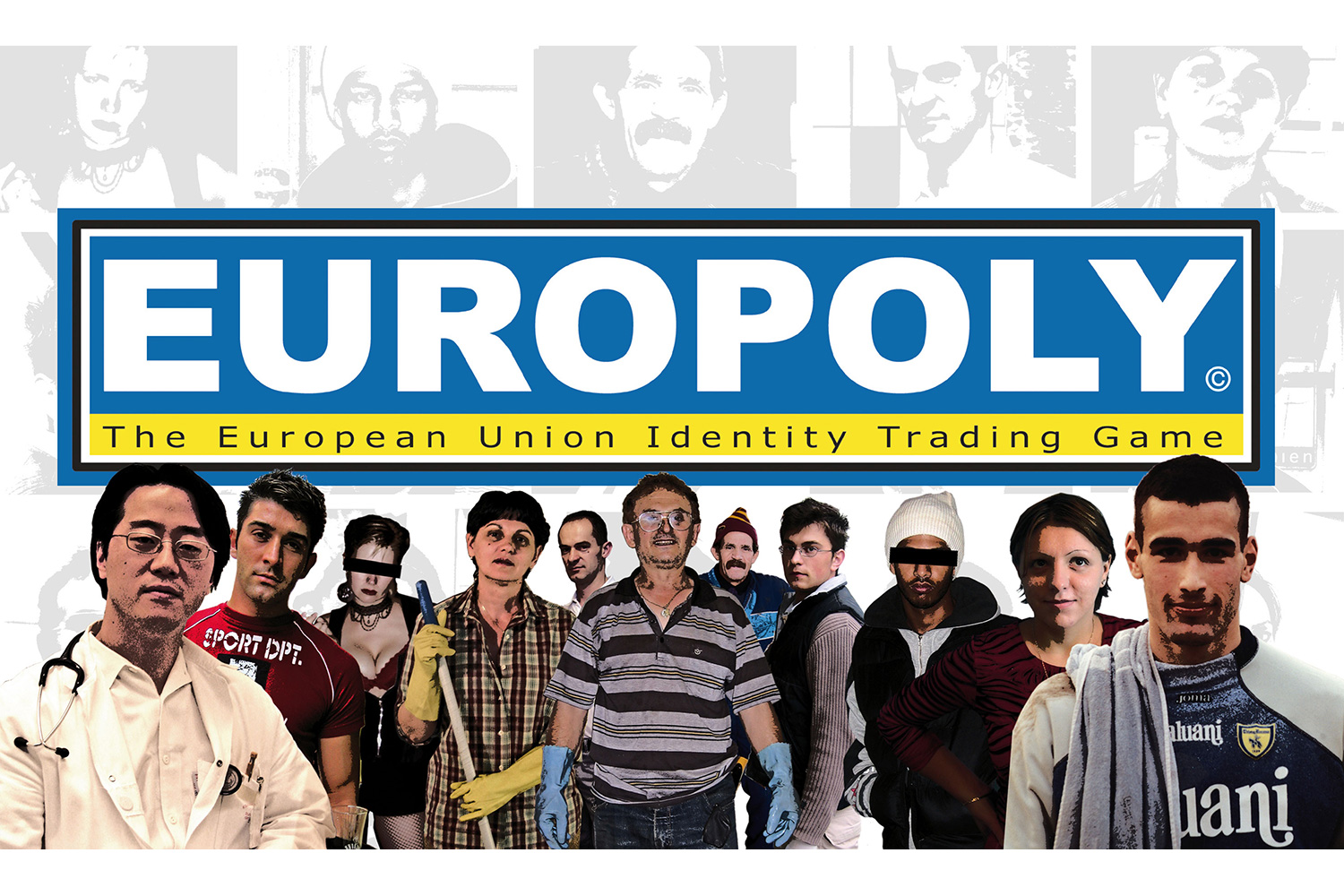 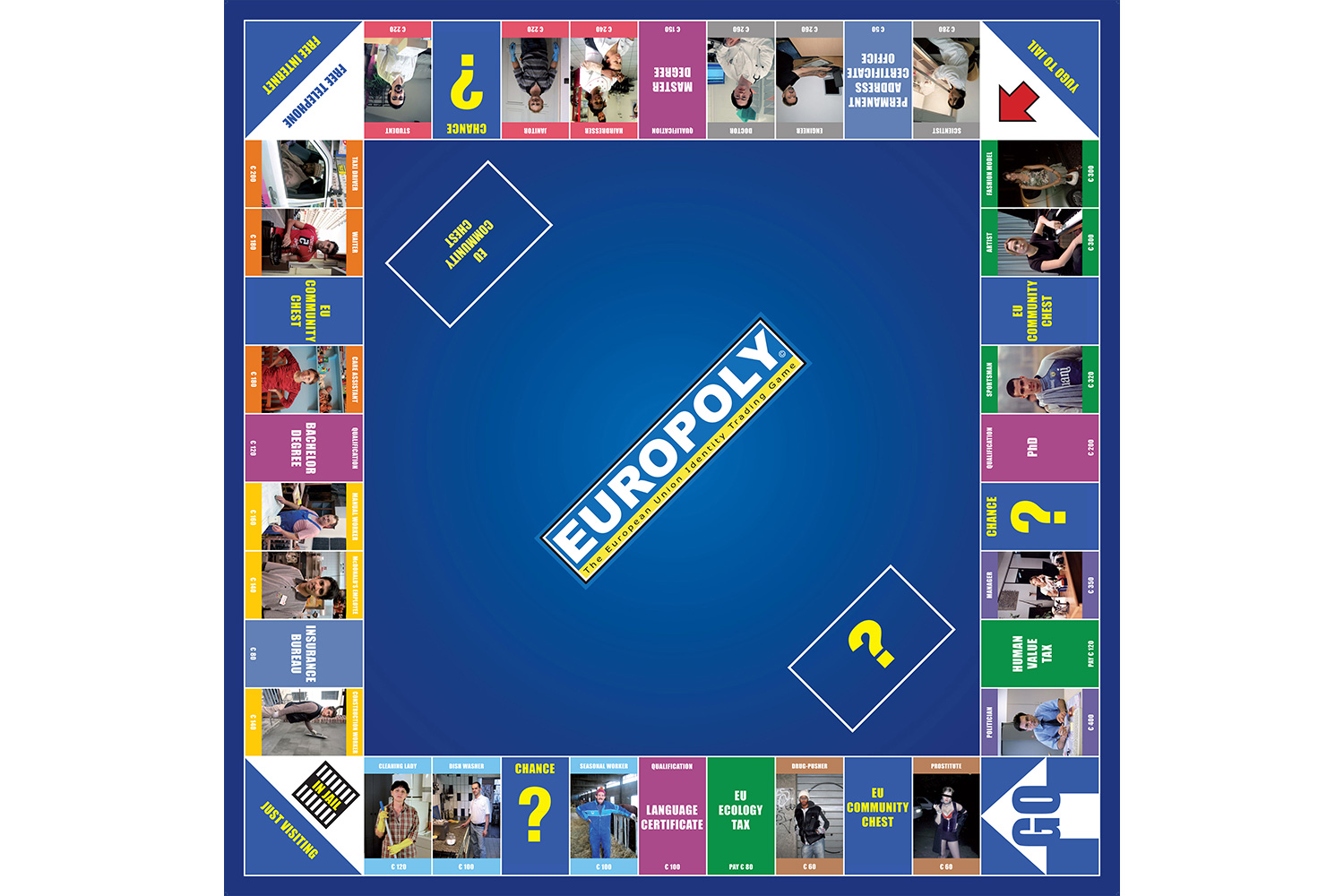 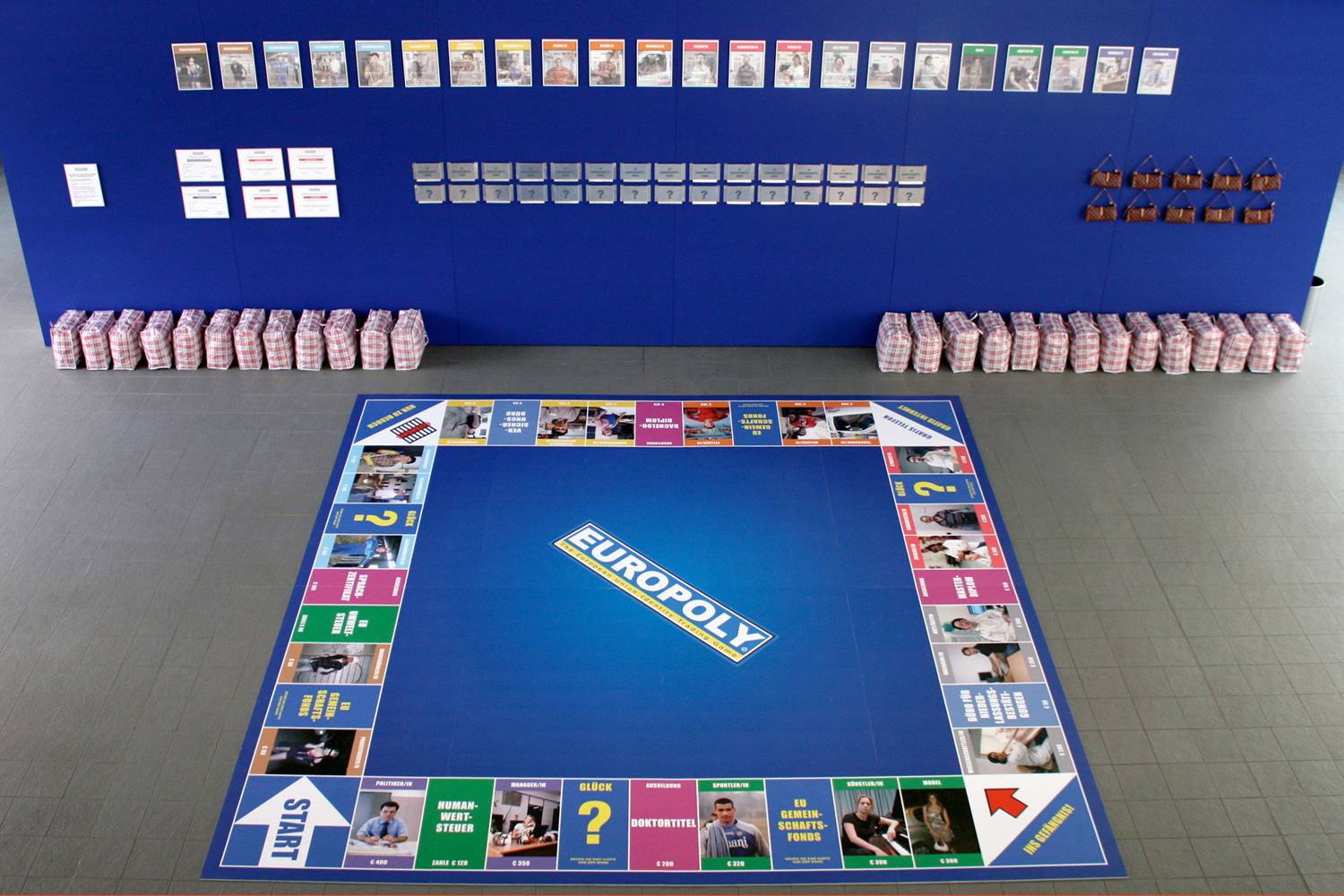 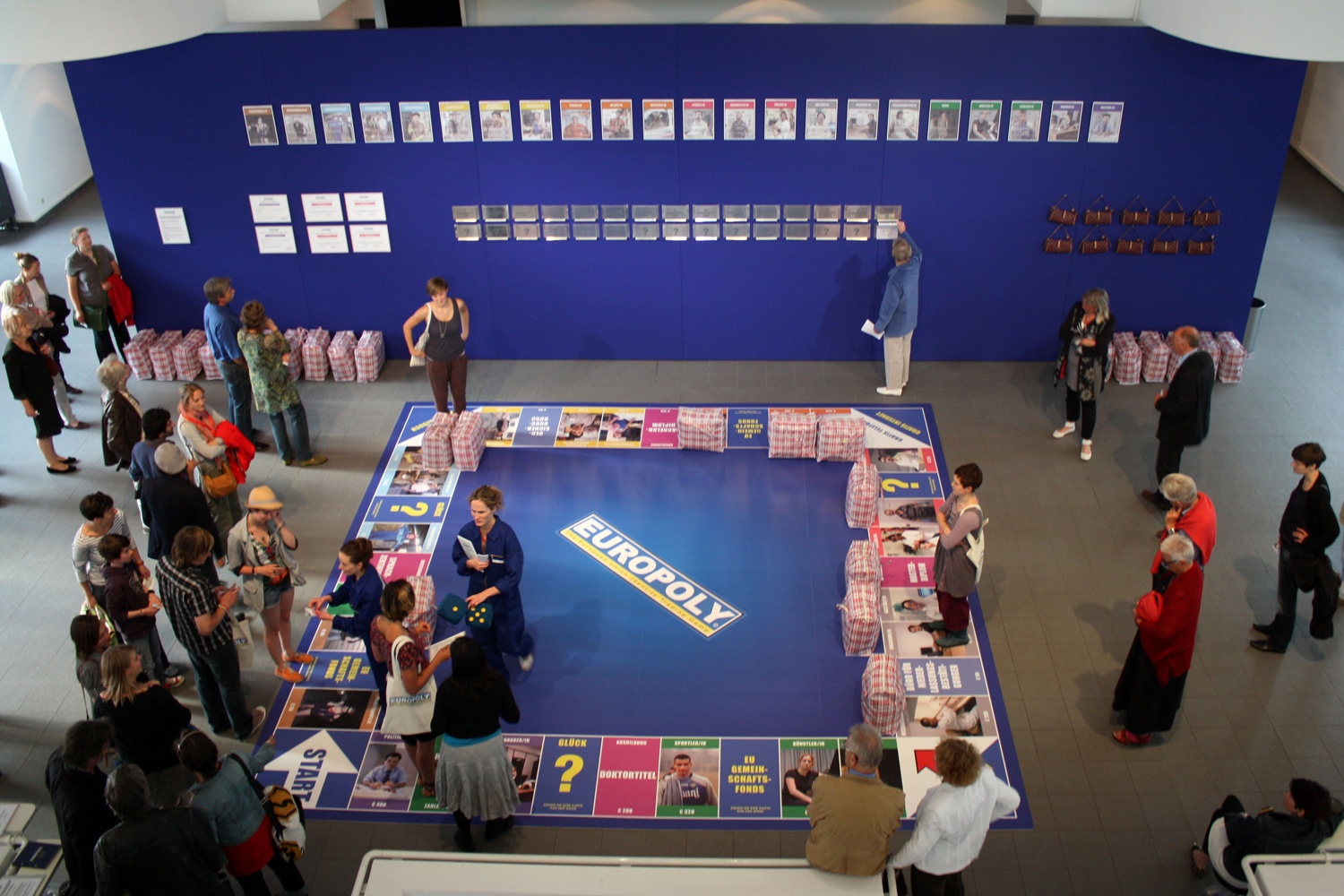 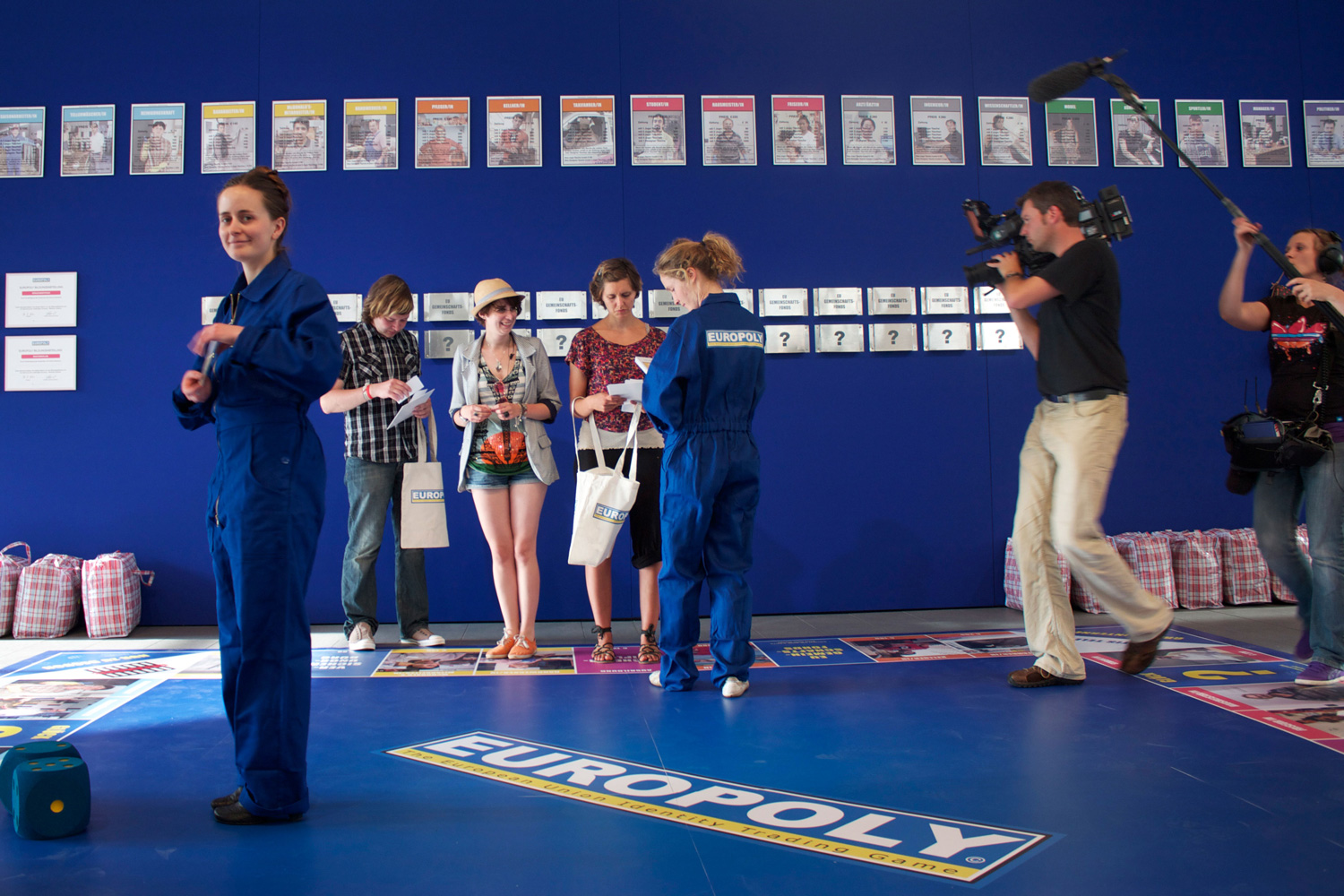 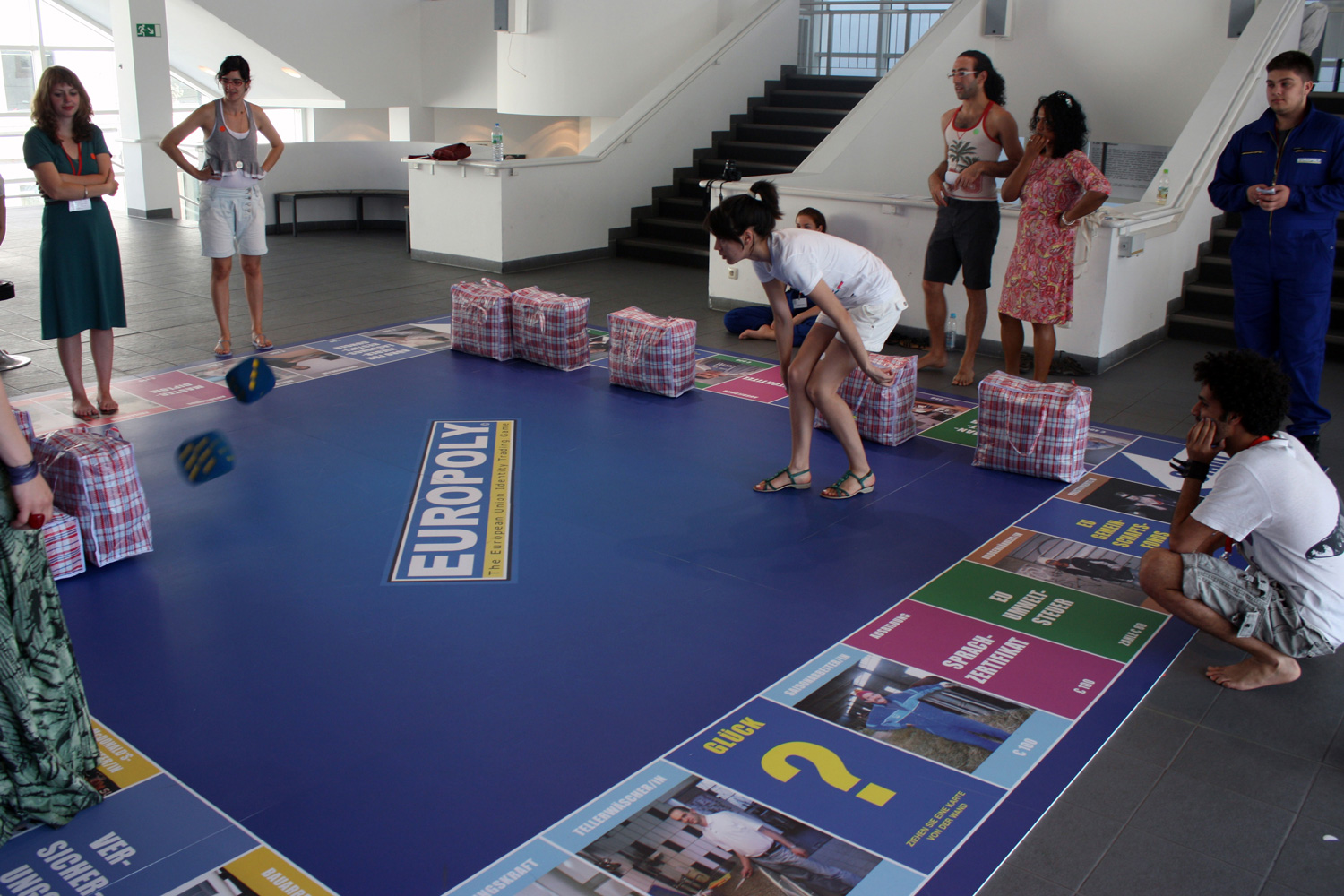 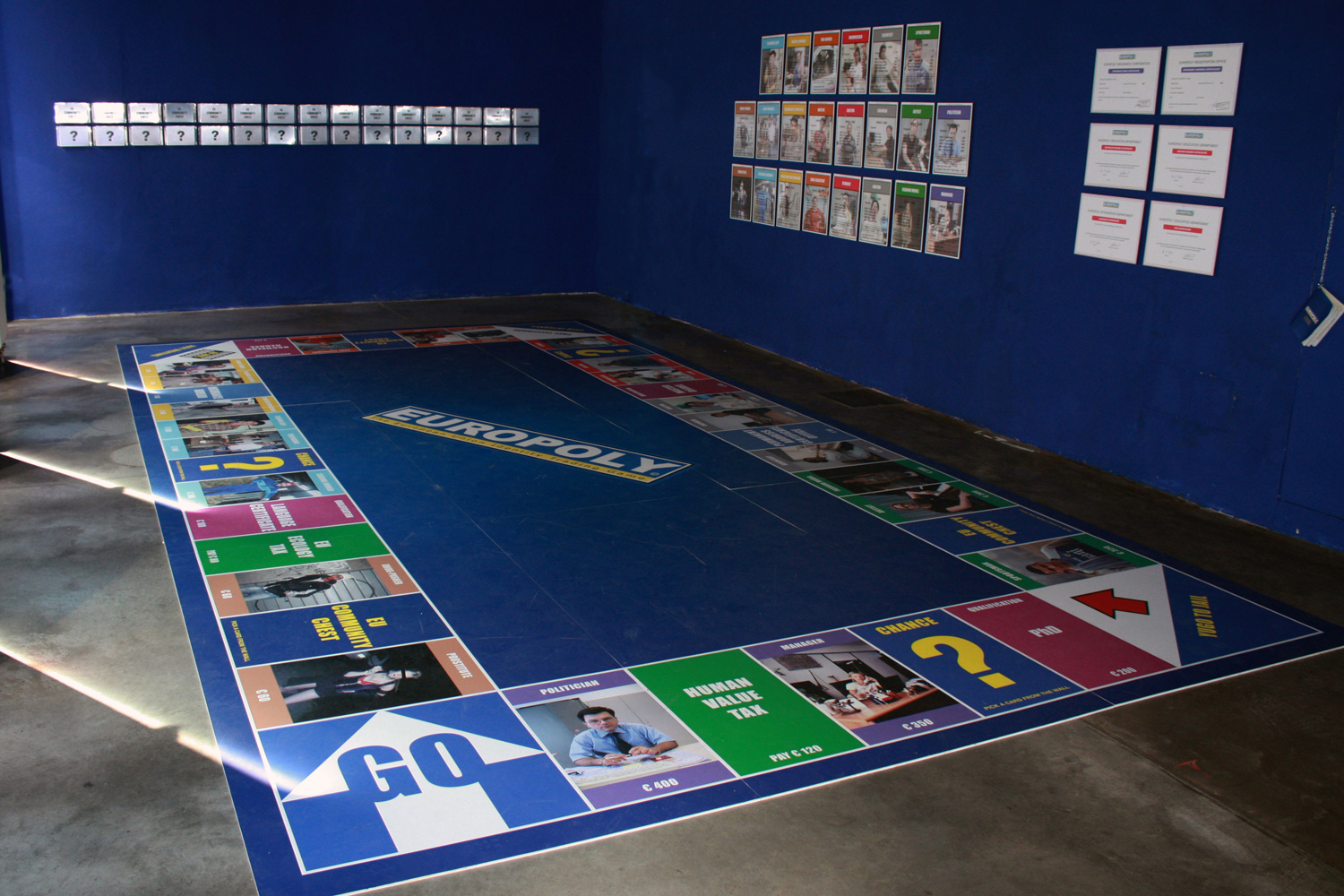 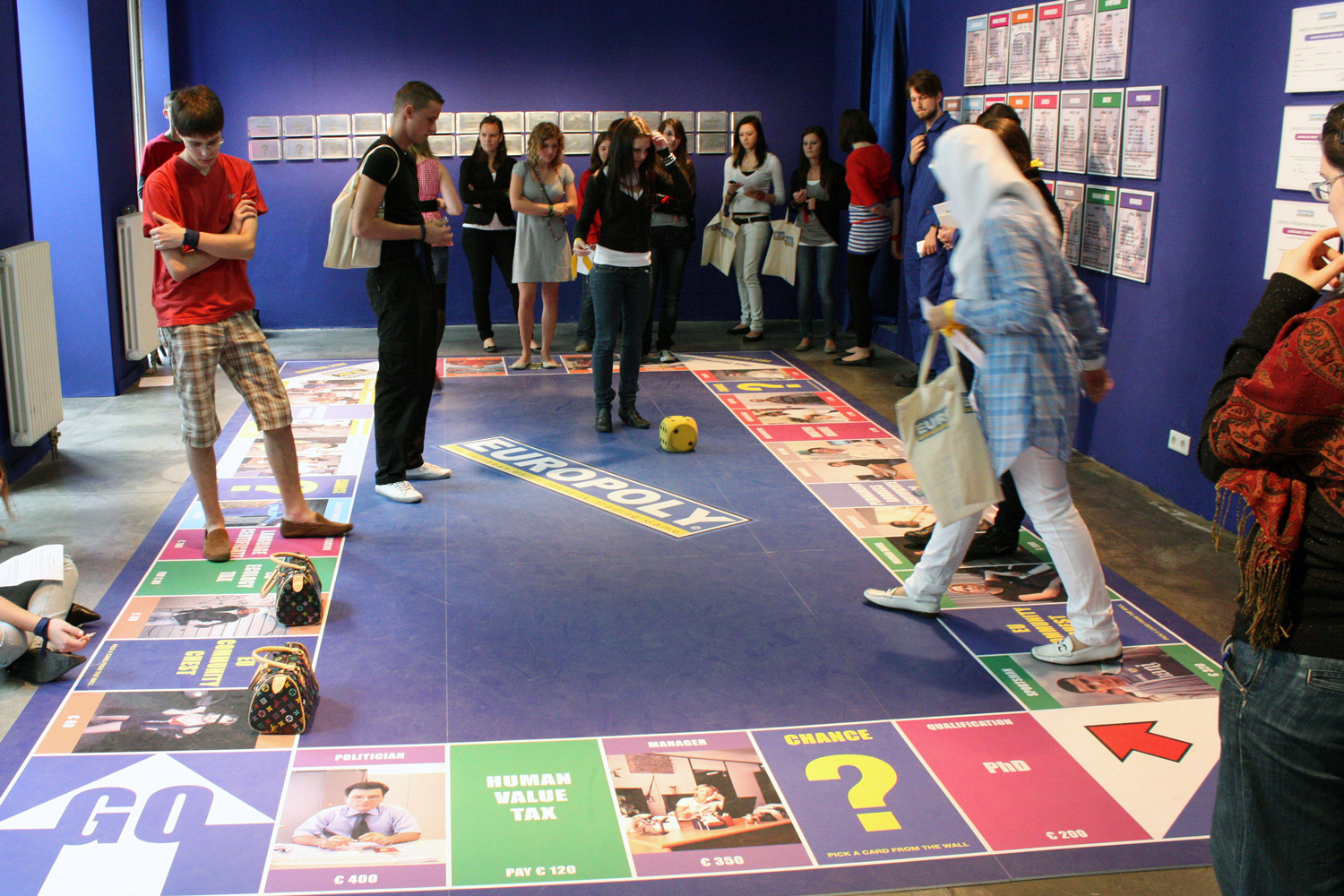 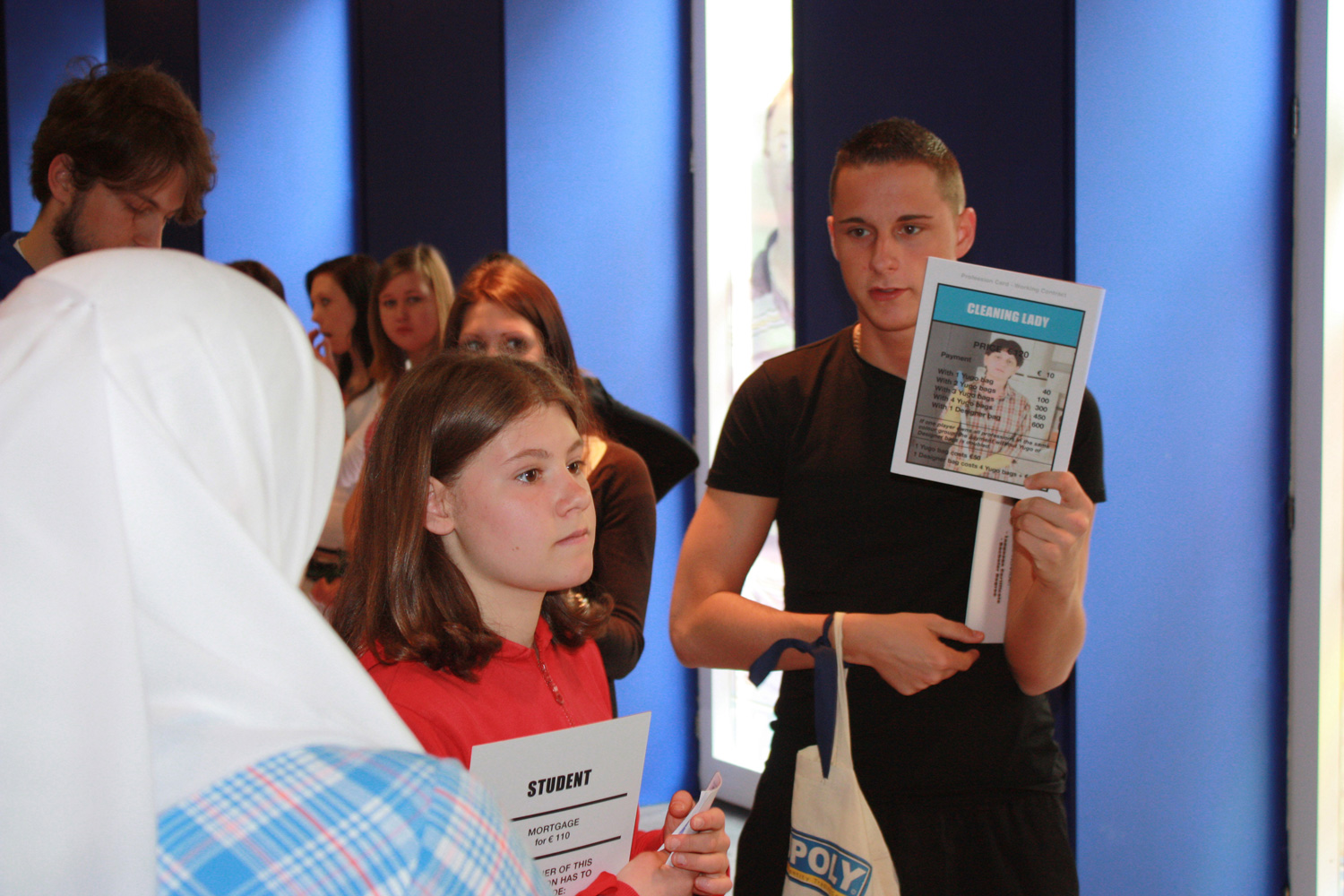 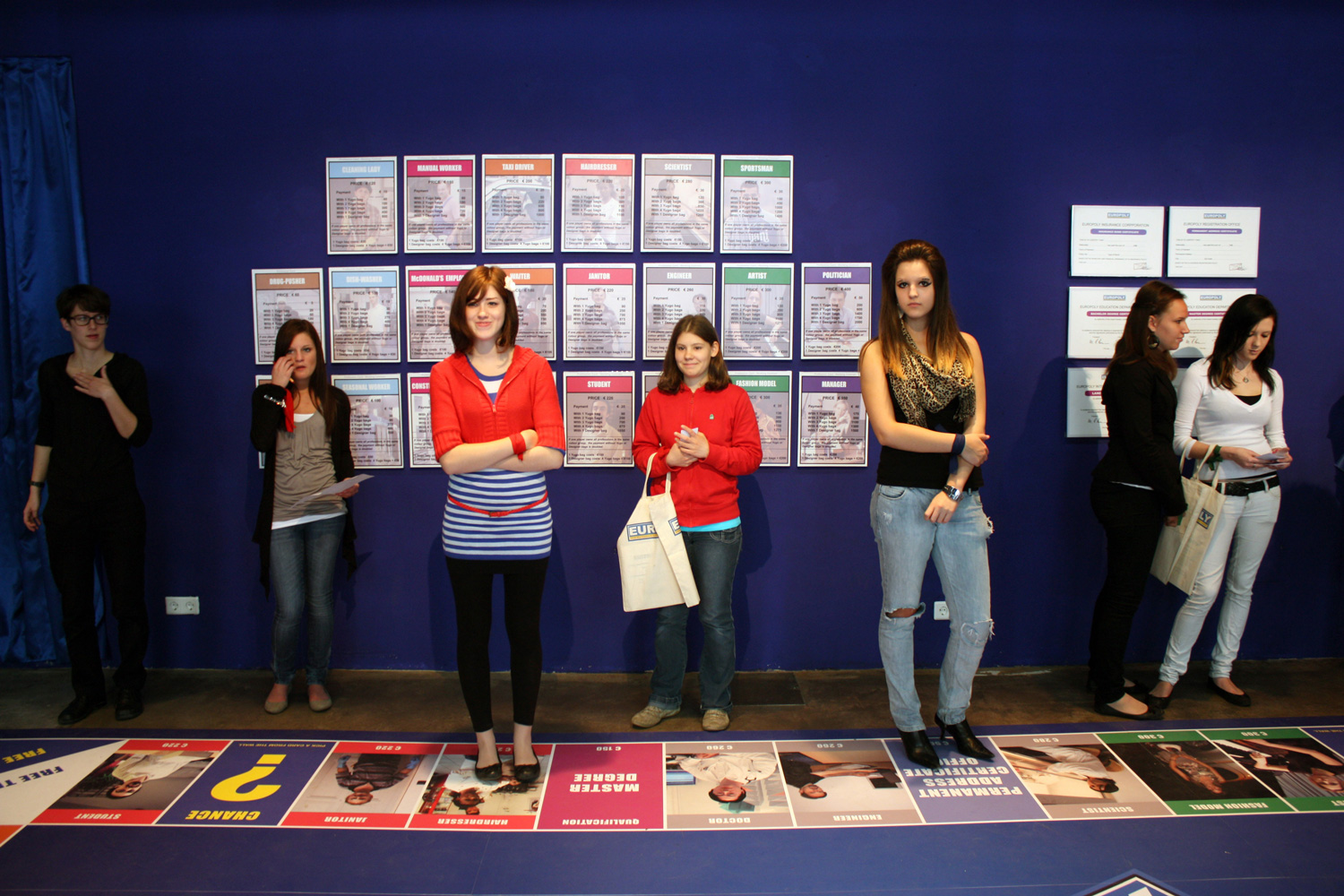 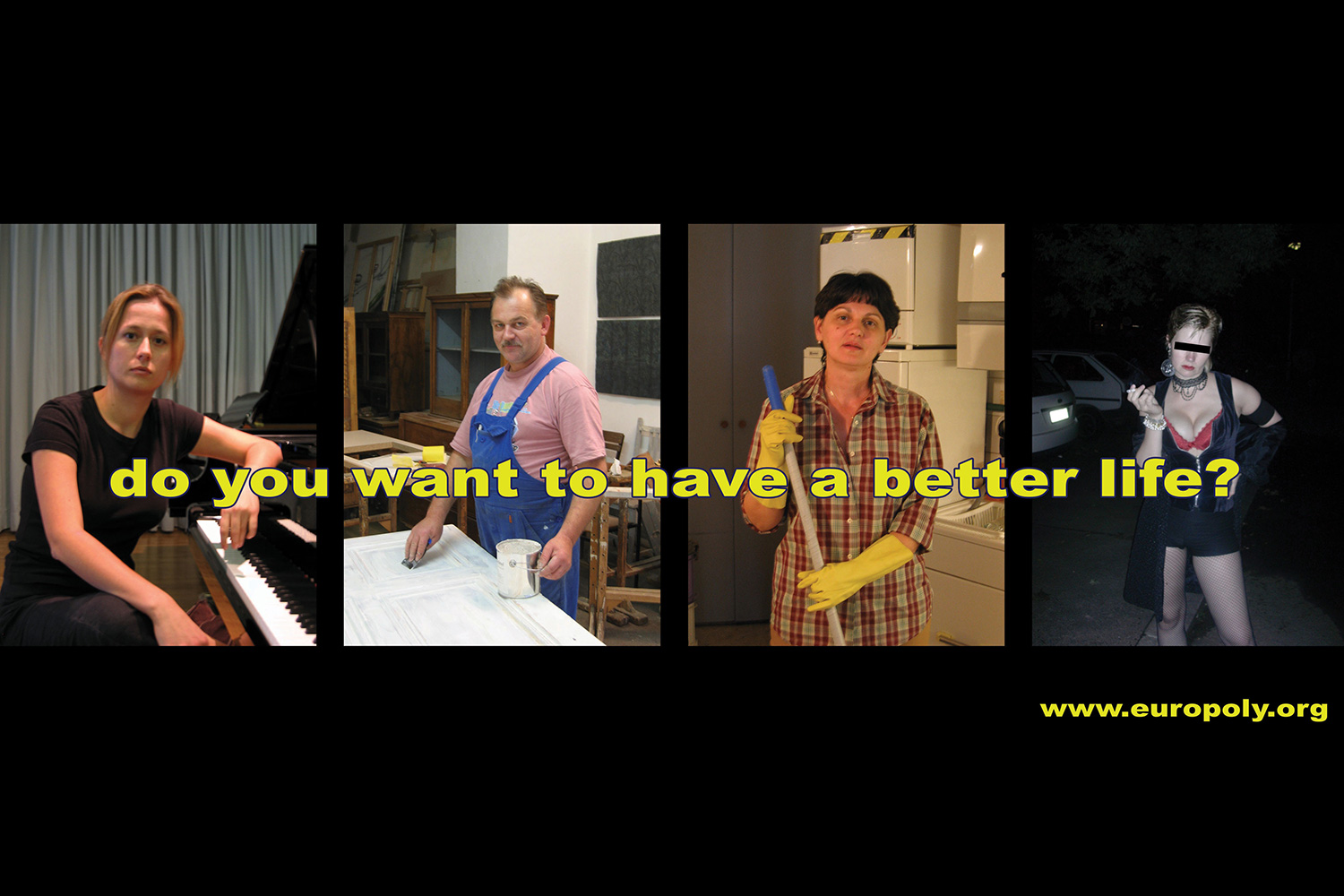 Europoly – The European Union Identity Trading Game is a fully functioning portable social game, developed within the contexts of real life, the art system and consumer society. In this way Europoly recognises the blurred boundaries between ‘the art work’ and ‘the sellable product’ in western consumer society. Therefore, Europoly will be advertised through marketing strategies, from the newspapers, radio, and TV ads and commercials over billboards to the final product market, which will be created in the form of industrial product of a social game similar to Monopoly. At the end of marketing campaign, Europoly will be exhibited at the final exhibition of the project Inquiry into Reality: The Disappearance of Public Space.

This piece of work is questioning the position of immigrants in EU, as well as the idea of EU. Non EU citizens working in the EU, have been photographed and featured in Europoly with their professions. Luck, to a great extent, determines the possible rise or fall of the ’players’ who wish to become part of the new European identity.

The European Union defines European identity as something that is provided only within the Union and only to European Union citizens, although Europe does not end at the borders of the Union. However, the EU does have the power to define identity, the power to set up the rules of a game others have to join. The consumer society of the European Union has created a rule, that ’everything is for sale’, including even notions of identity.

Through a vision of the modern world the game of Monopoly – a game not chosen by chance, because MONOPOLY means having power over something or someone – has been transformed into a Kafkaesque world of complex rules/laws of the ’game’, which today’s European Union offers to all ’players’ as the only possibility, the only reality.

The conceptual structure of the work is articulated through 22 selected professions of varying value and prestige, as well as a whole series of accompanying symbols (Yugo and designer bags, profession cards, chance cards, Eu community chest cards). The work deals with problems of identity, power, the process of integration, and questions the rigid, categorical, merciless, and sometimes even grotesque, qualities of a system of rule which mainly functions through pure statistics – numbers, calculations, value relations, thereby reducing the value of the individual as such. An integral part of the portable Europoly game will be a booklet including texts by philosophers, sociologists, curators, art critics, historians and economists, as well as artists whose areas of research are pertinent to the issues raised by Europoly. Their contributions will play an essential role in interrogating the multiple layers of the work itself as well as extending the dialogue regarding and beyond European identity. 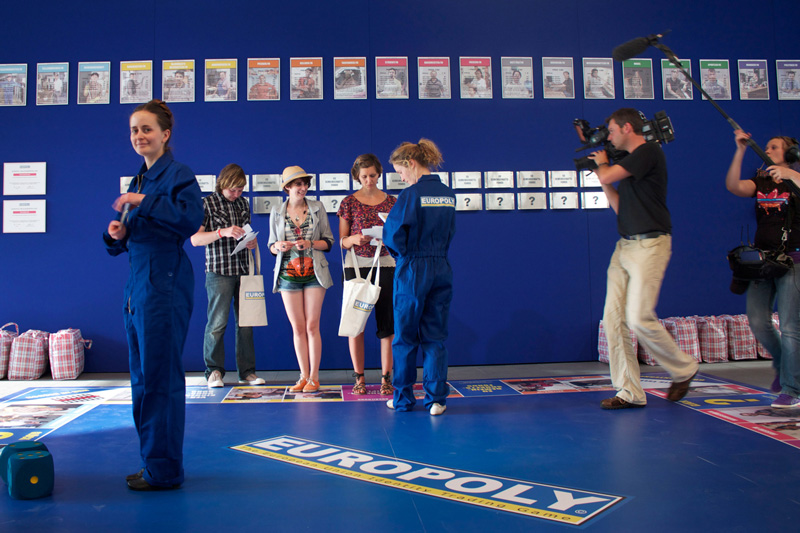 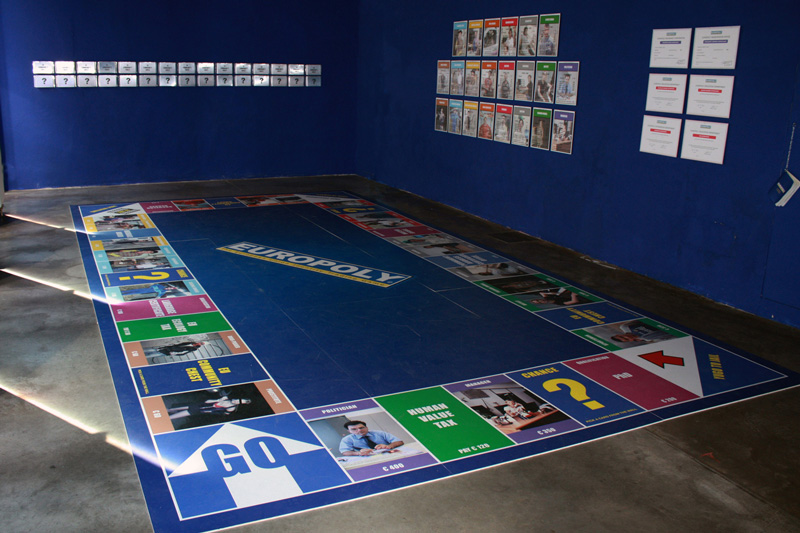 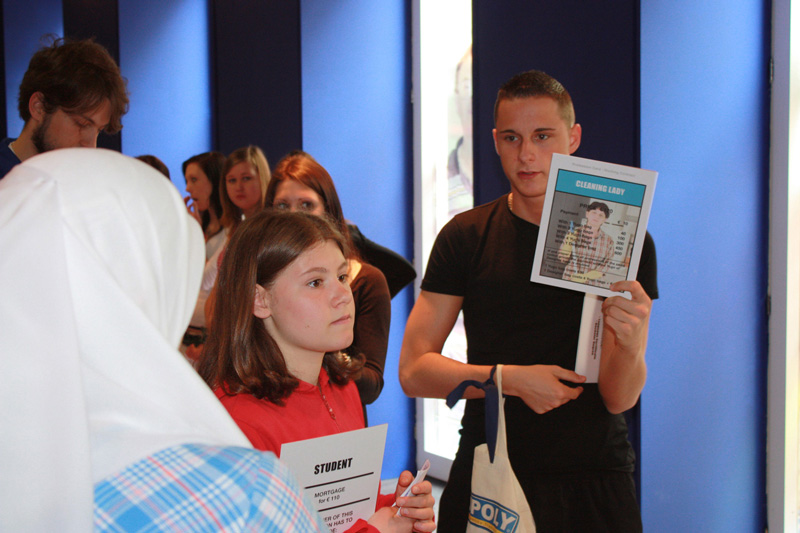 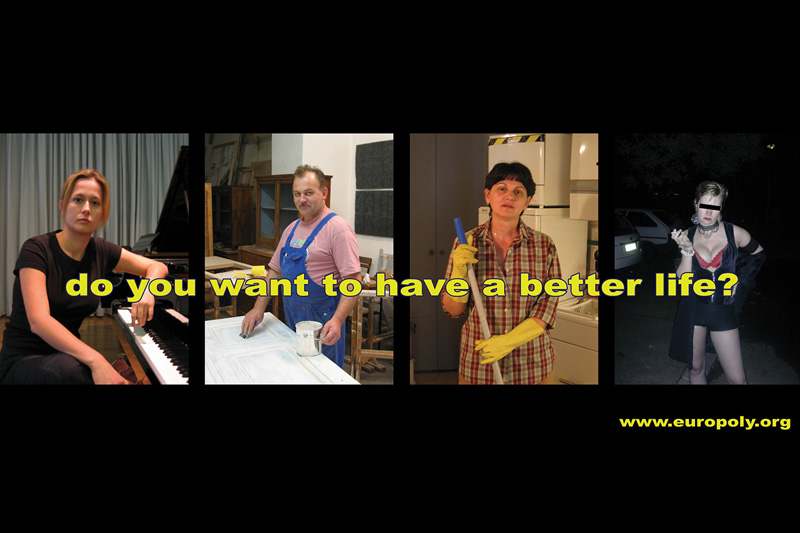 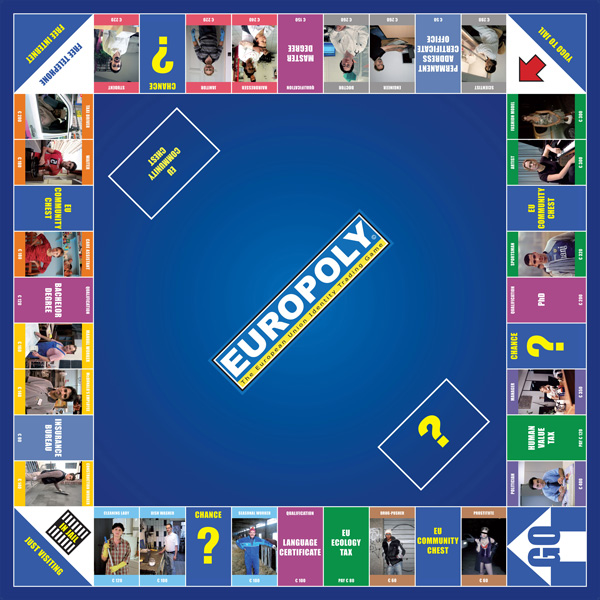 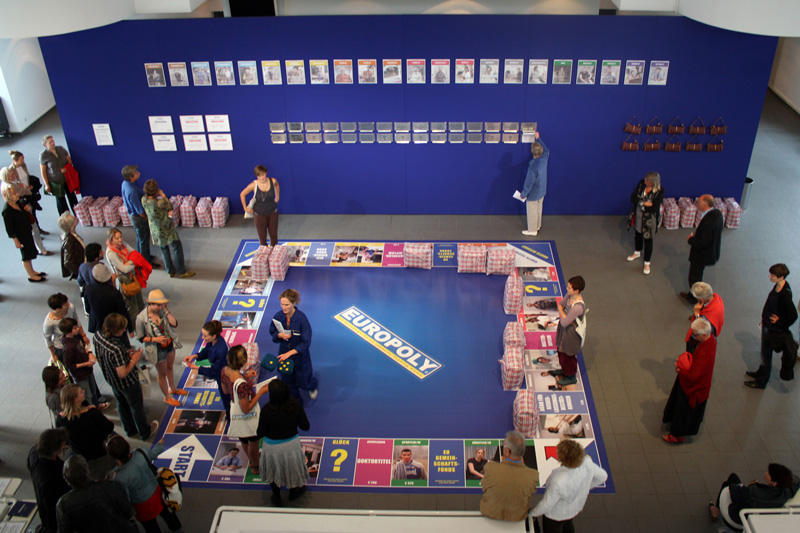 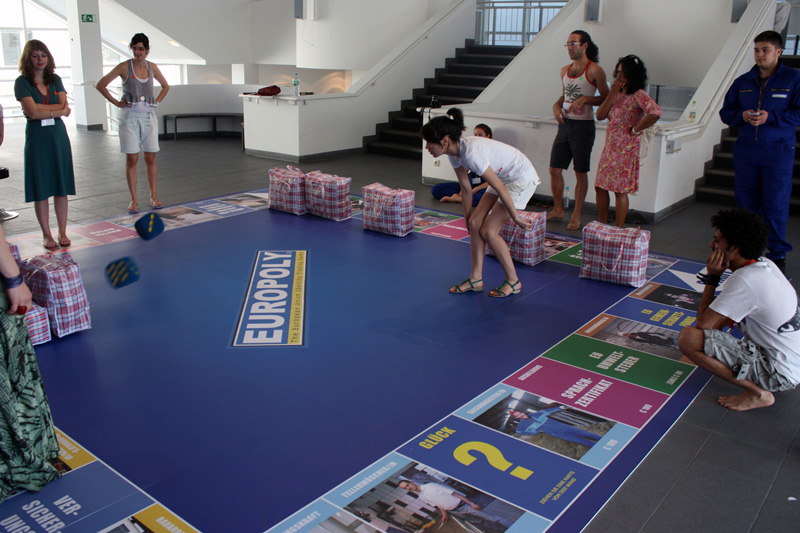 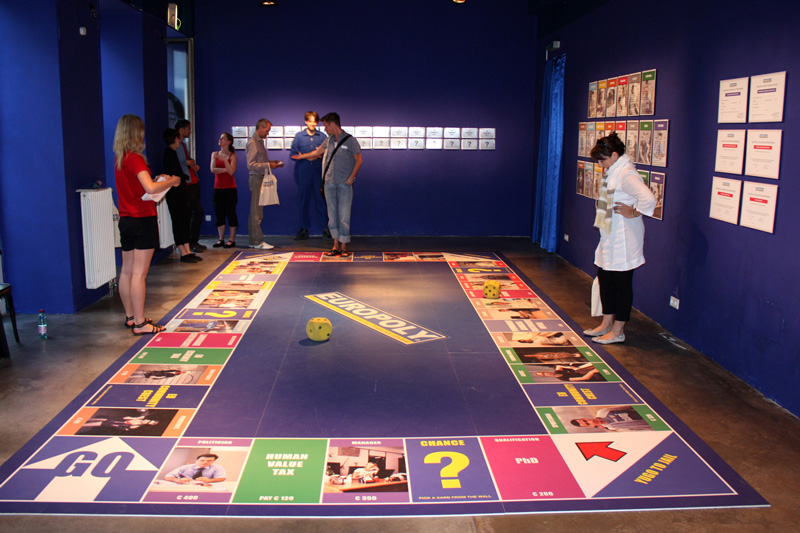 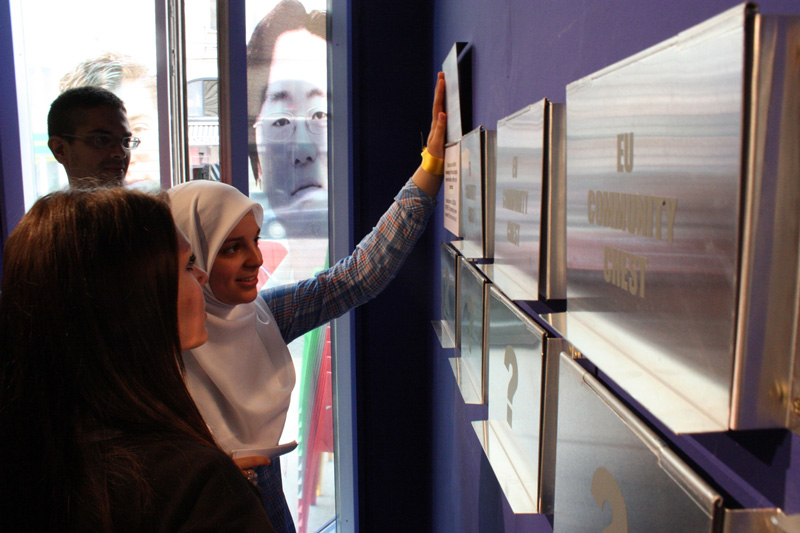 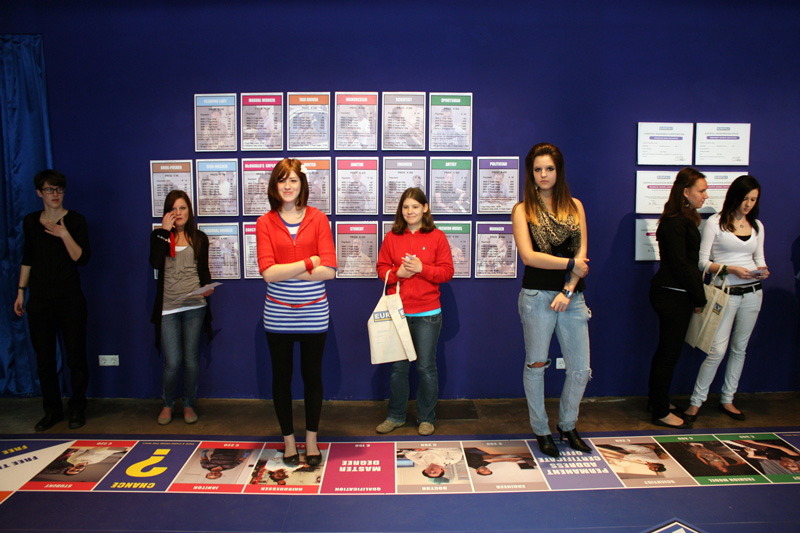 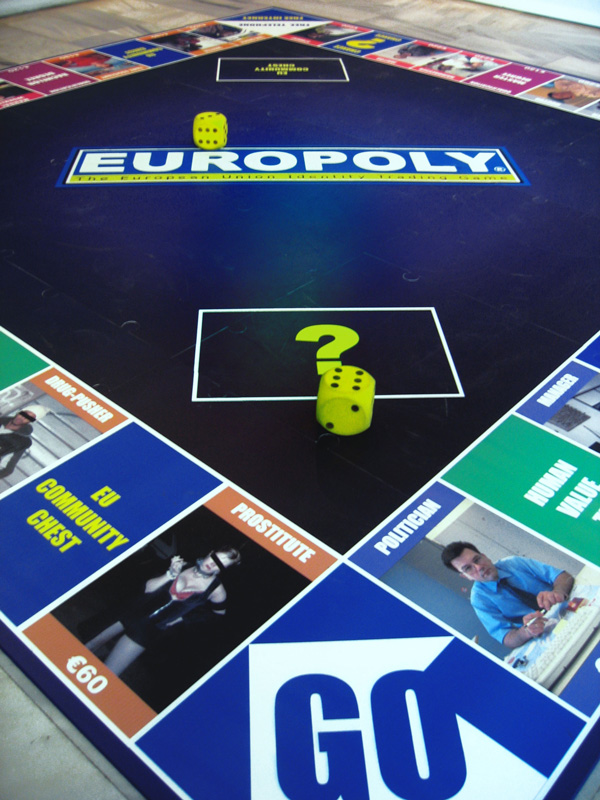