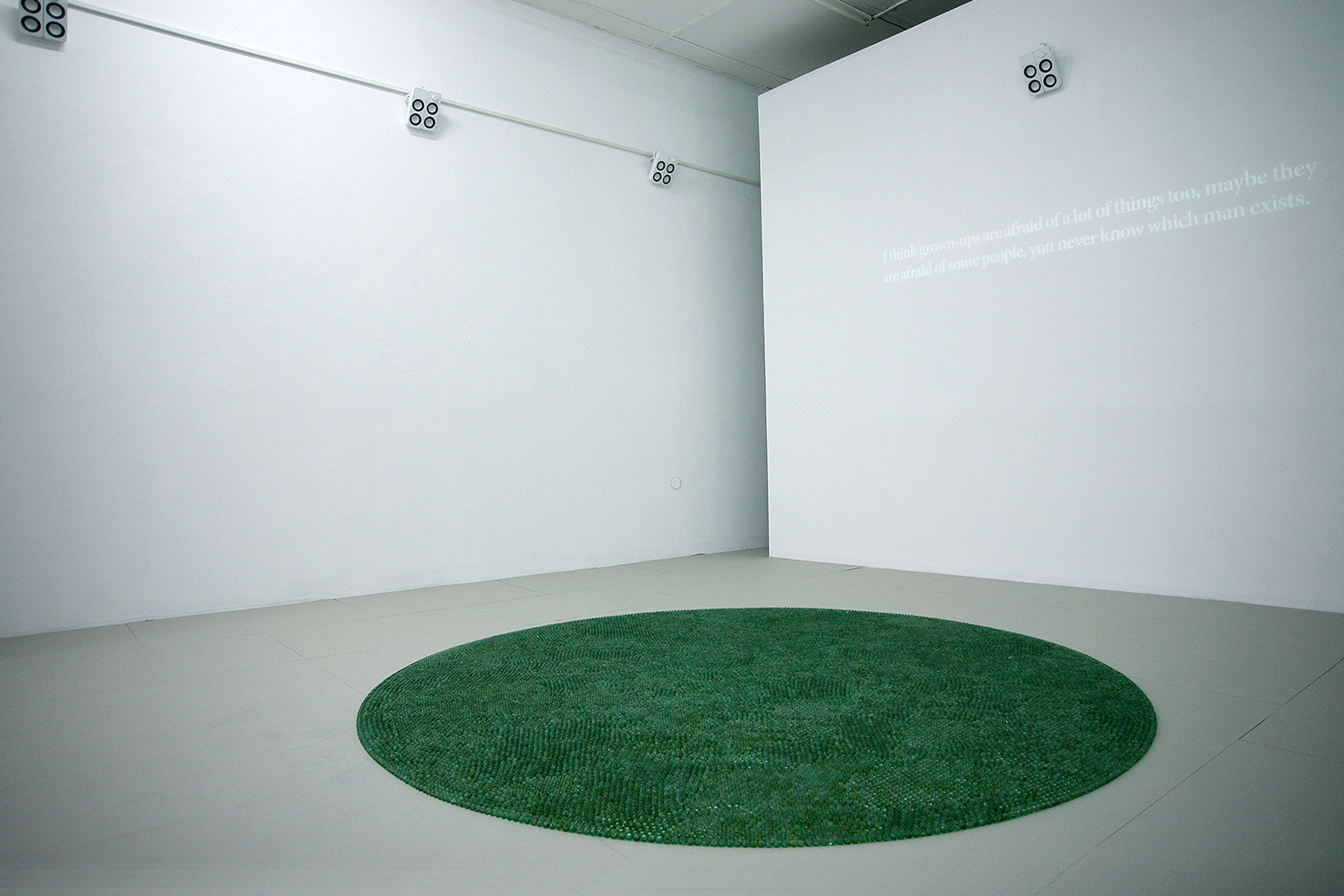 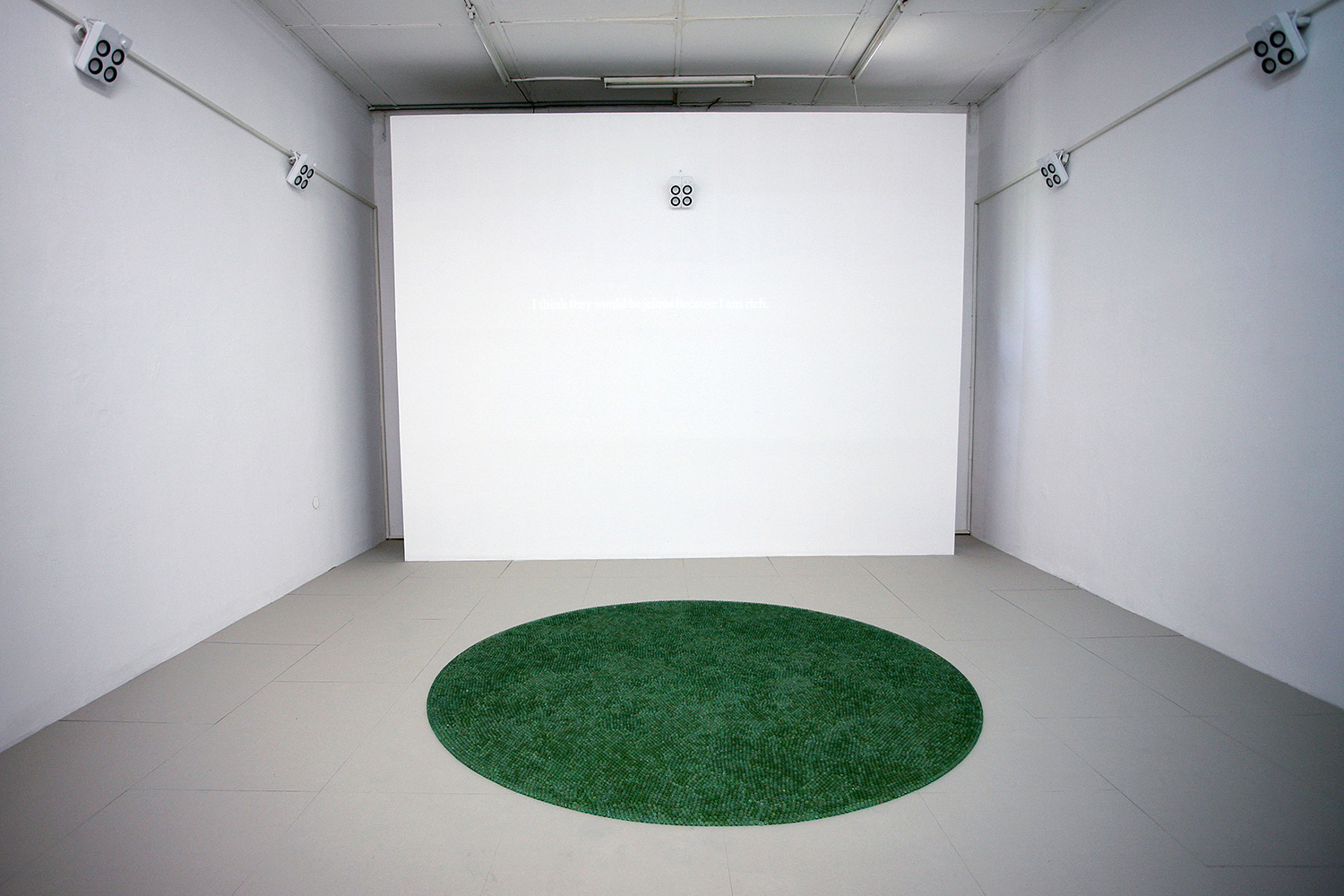 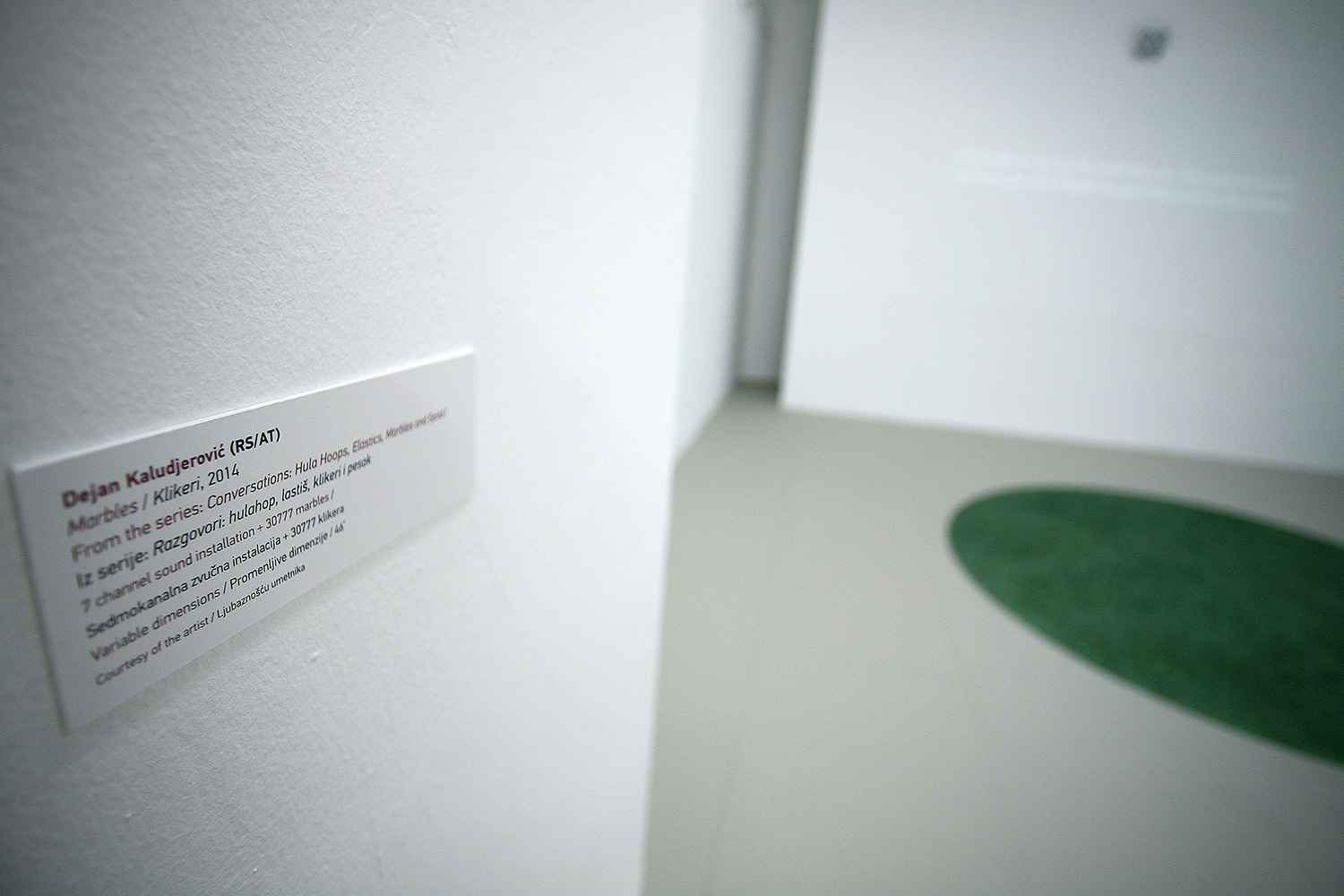 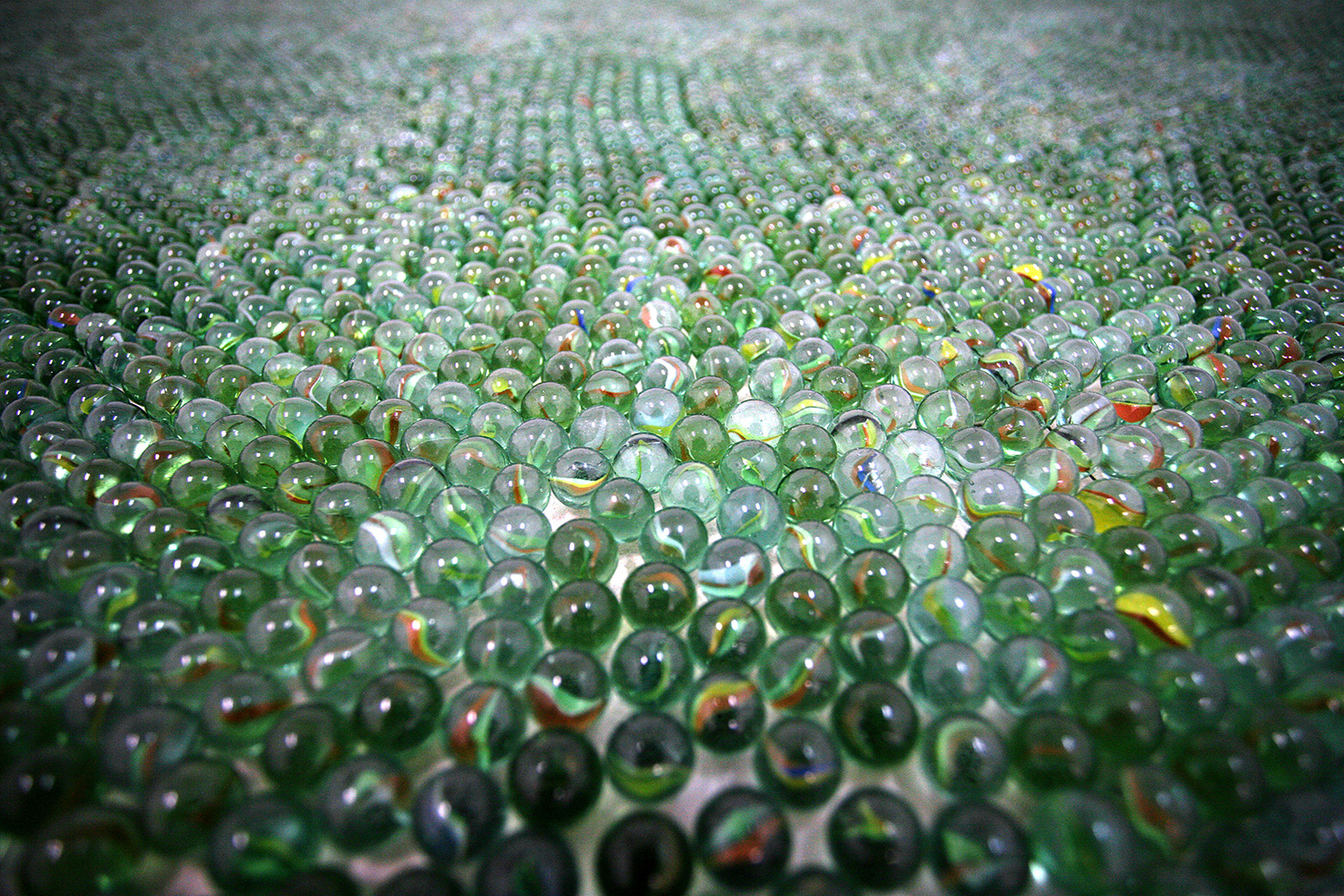 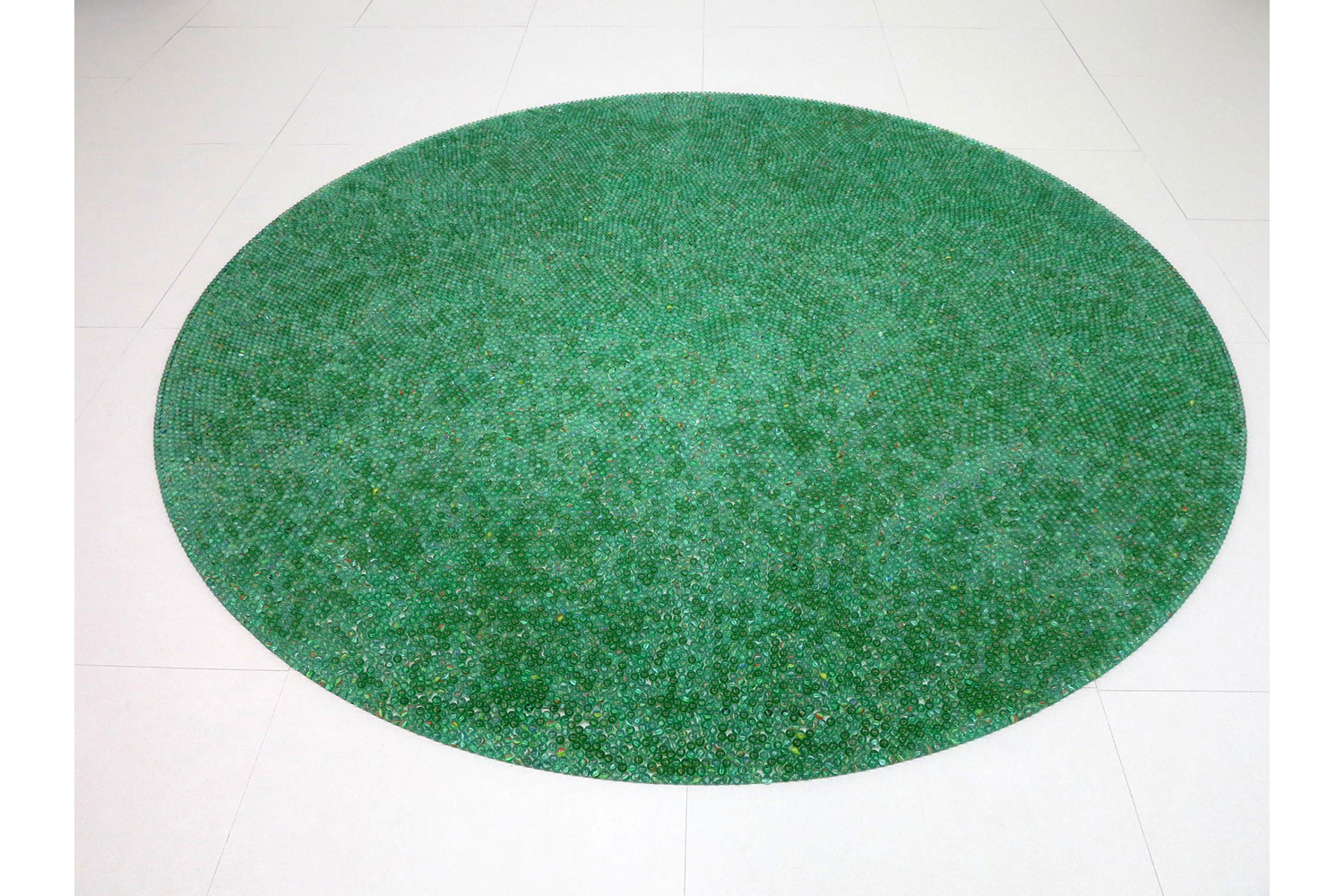 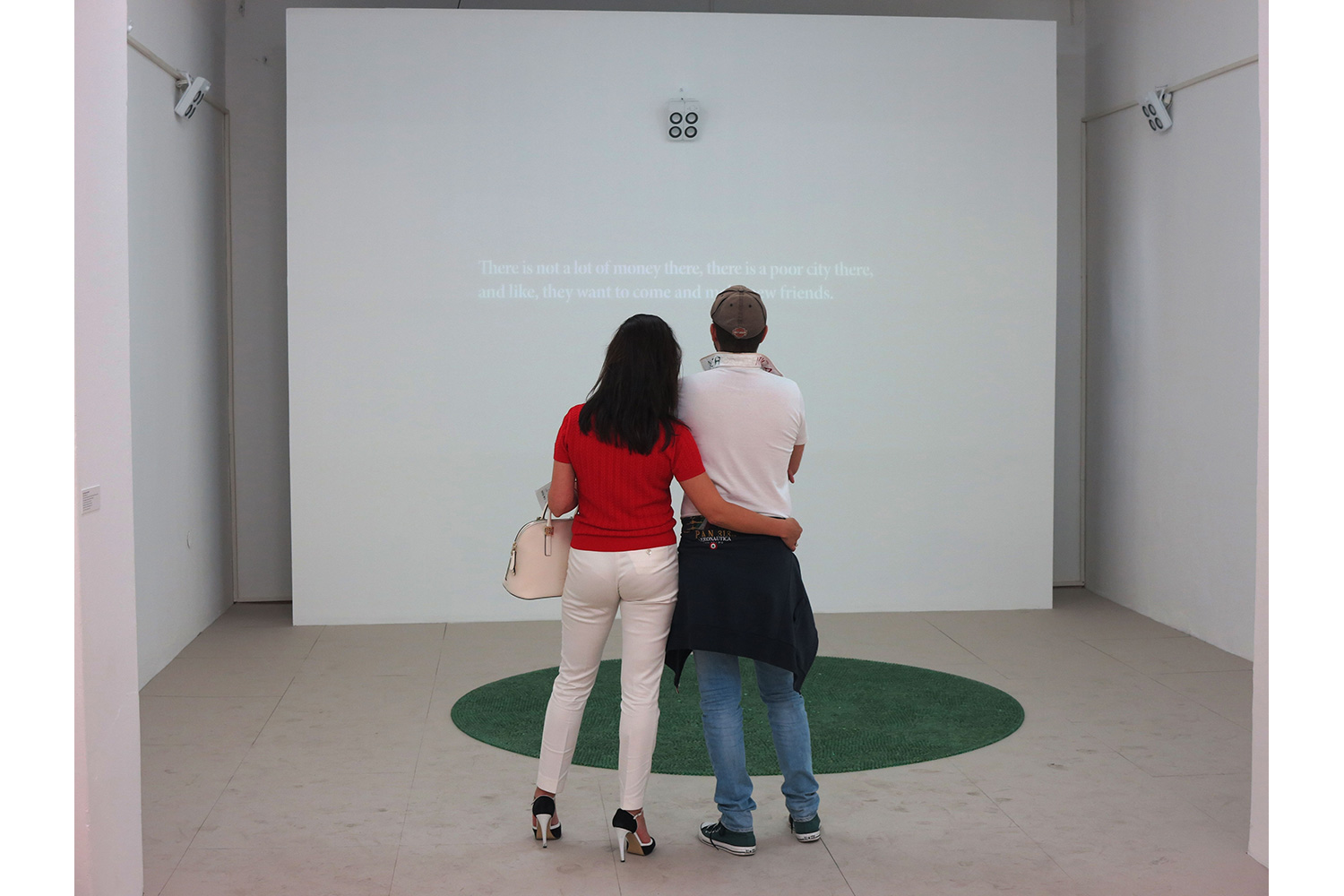 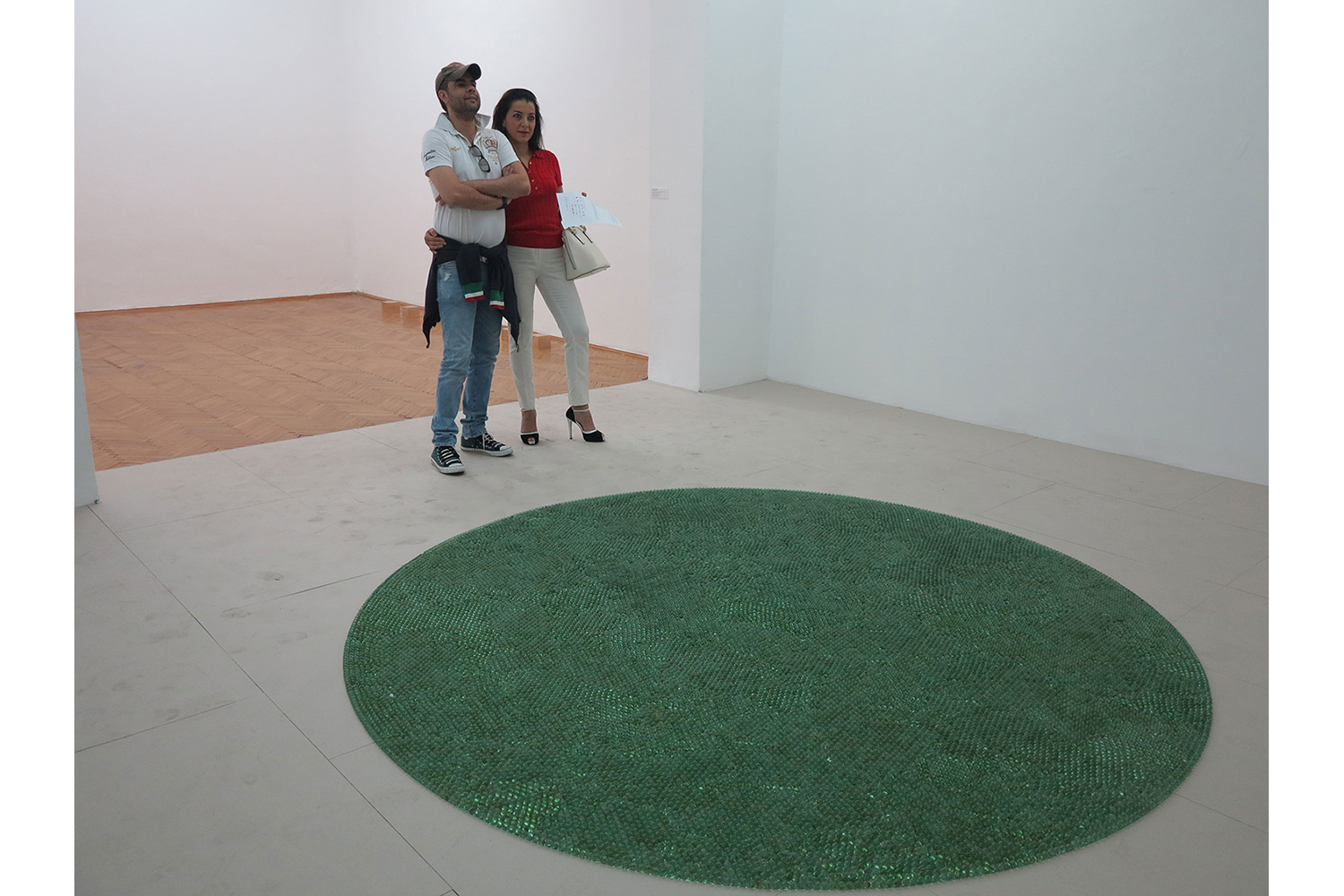 The installation Marbles conceived for the exhibition Invisible Violence at Museum of Contemporary Art Belgrade is one of the site-specific installations from a series Conversations: Hula Hoops, Elastics, Marbles and Sand, produced in different parts of the world. Each installation is made in relation to the local site and accompanied by a sound piece emitted from 6 – 7 speakers (each speaker for the voice of one child); the children are narrating/answering questions about political issues such as social exclusion and inclusion, about foreigners, language, war, money, poverty. This installation is produced with 30777 glass marbles, which are equal to the number of boys and girls born in the same years and the same towns as the seven interviewed children. These are 7 to 9-year-olds, school children with different ethnic, social and cultural backgrounds. In the post-production of the recorded material, the questions asked are omitted and only the children’s answers are edited to create a narrative. Listening to the sound of the installation the spectator has the impression that he/she is listening to a conversation between these seven children. Concept:

The series of works Conversations: Hula Hoops, Elastics, Marbles, and Sand uses children’s narration as „litmus paper“ to detect the way each society in question generates cultural differences, identifies the Other and different, and establishes the system of values based on it. By following the narration of children, we learn what does it mean to be a member of local community or foreigner in each society, to be rich or poor, to speak a different language, to be boy or girl. The children’s answer points out at ideological, cultural and societal matrixes that were imposed on them in family, school or other educational institutions, through media, globally present society of consumption (of games, etc.) and the ways children relate to these issues. Through the world of school children between 6 and 10 years of age, in the period when they are not yet individualized, I am trying to observe the world of adults and the models of construction of socially coded and normatively „predetermined“ identities for the children. In the visual articulation of the sound installations, the accent is put on the tension in between the “naivety” of the children and the “seriousness” of the political context which is to be found in the background of each specific society where the work is being produced. At first glance, visually seductive and colorful world of children’s games unmasks and places at the central stage tensions and conflicts of the modern day global society. Although the number of children of 6 to 7 is not a representative sample for a proper sociological pole, their choice is based on the idea to represent different ethnic, religious, social or “class” groups in the society where the children are growing up, and their narration is very indicative for the problems of this particular country. The special accent is therefore made on the comparative analysis of the children’s narrations in all of the countries where the work is produced. It is important to detect which are the terms that are qualitatively comprehended in a different way in each context. (I.E. in Russia all children new what terrorism means, and in Serbia and Azerbaijan they could barely pronounce the word). 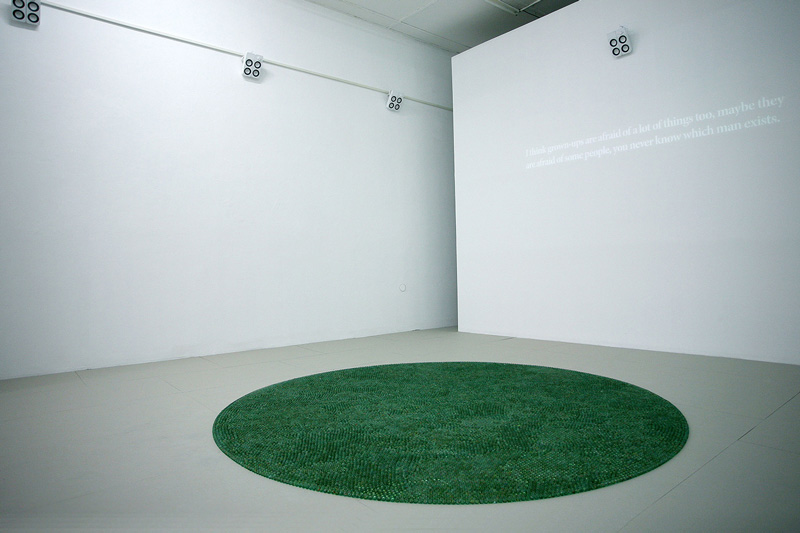 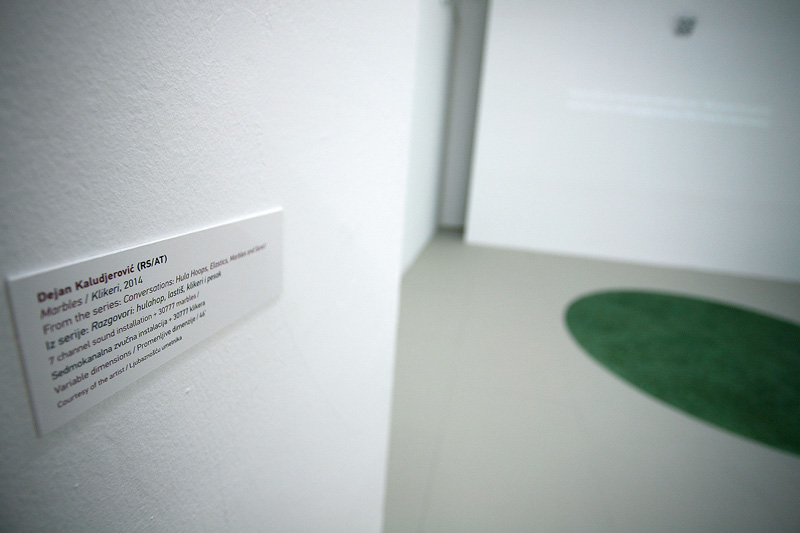 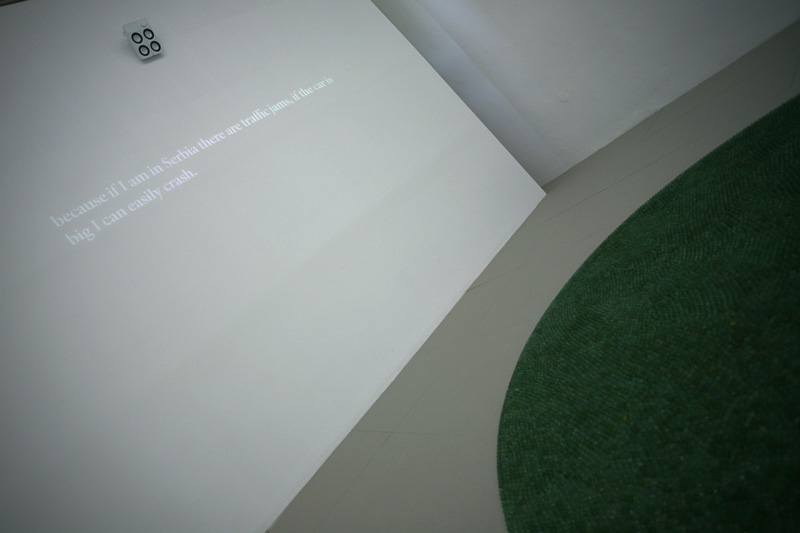 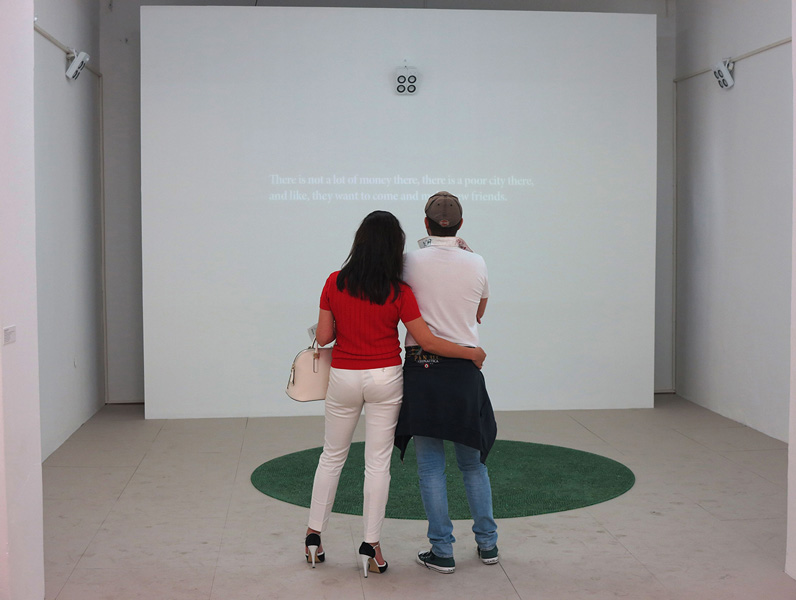 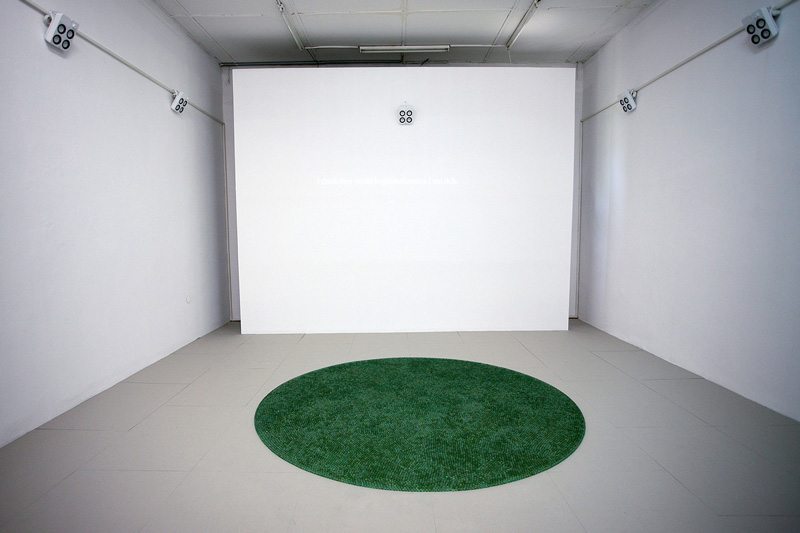 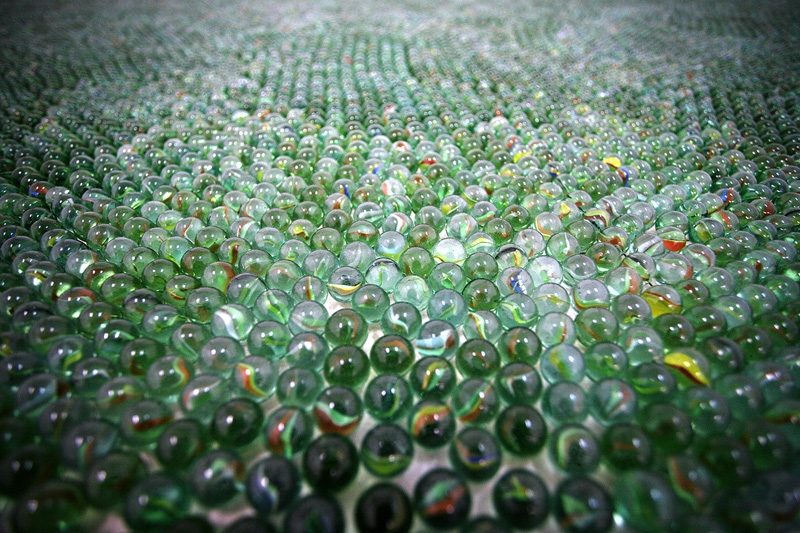 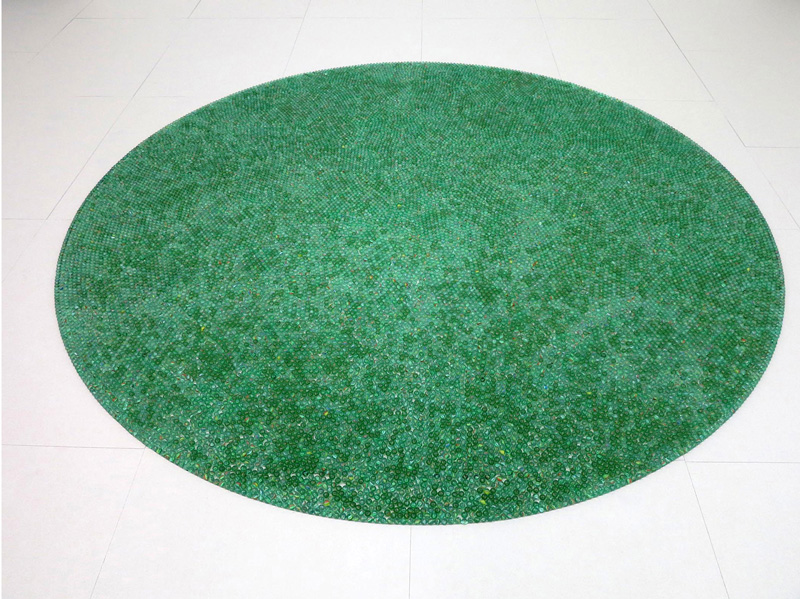 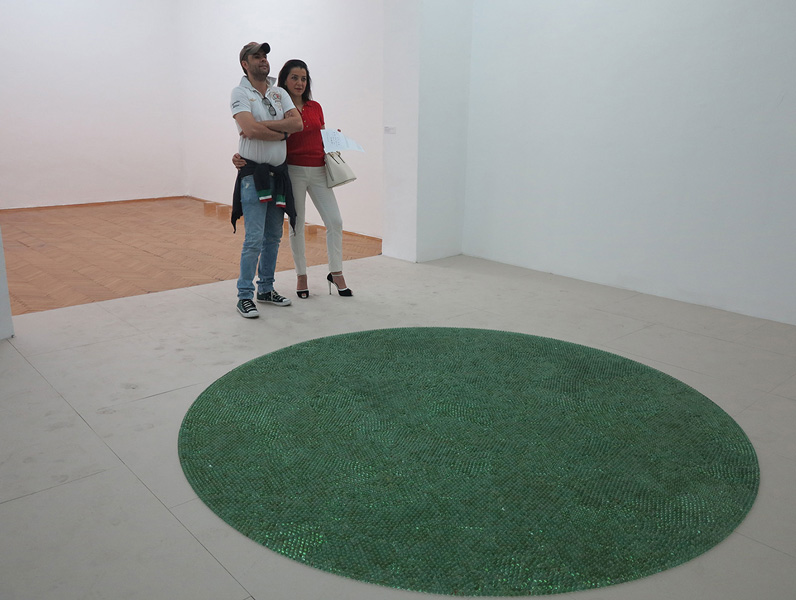 Here you can hear/ see the entire sound installation in Serbian with English subtitles: