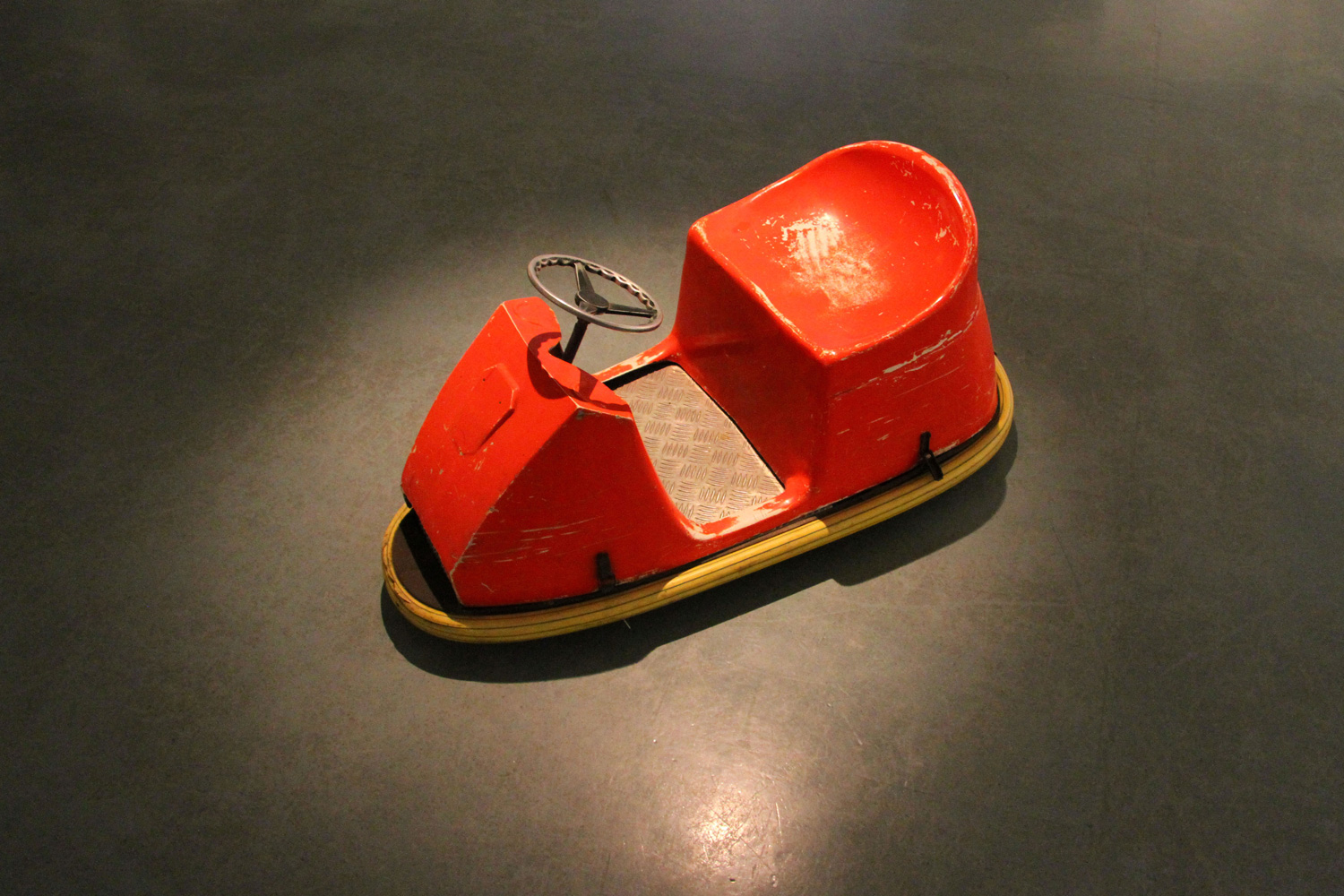 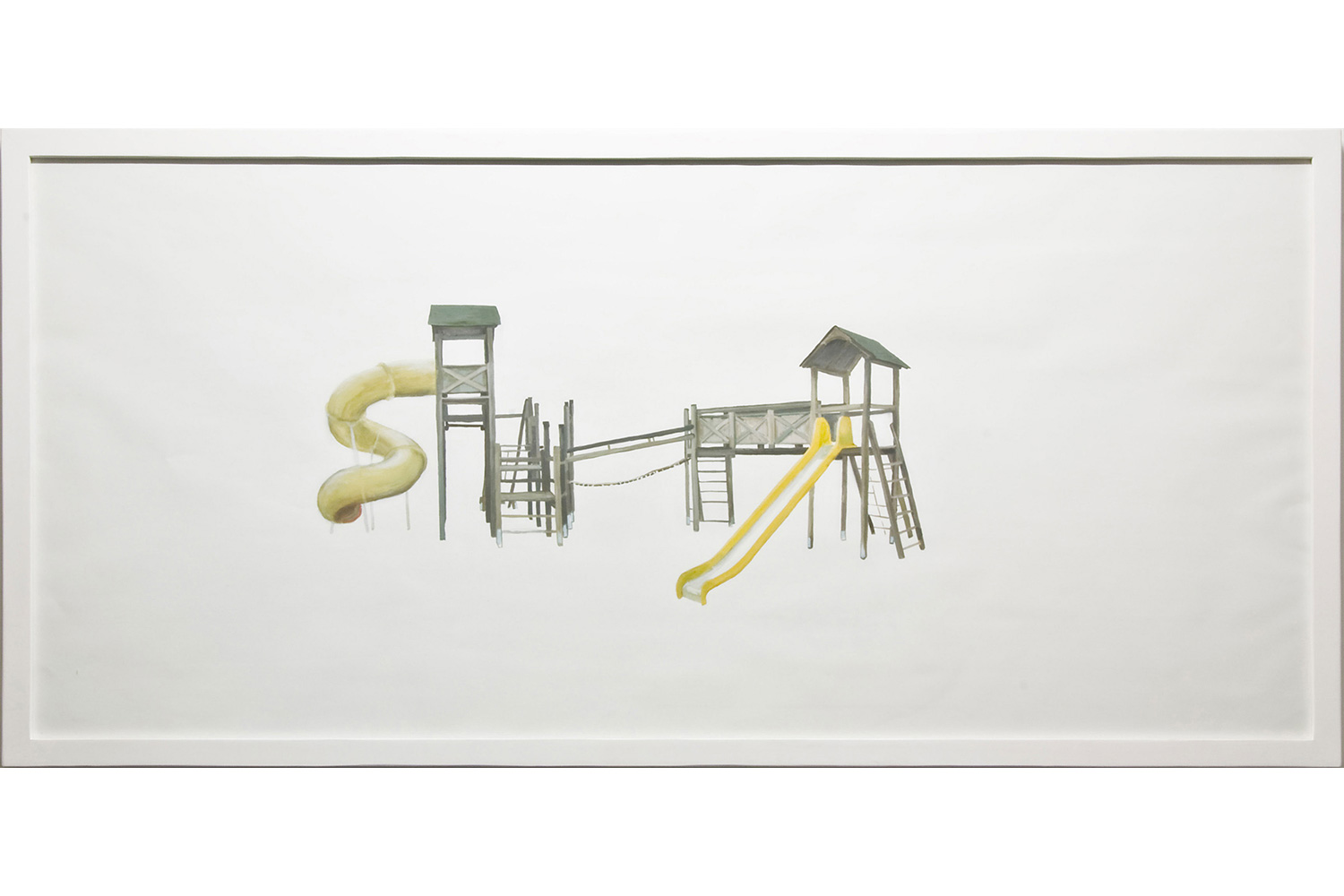 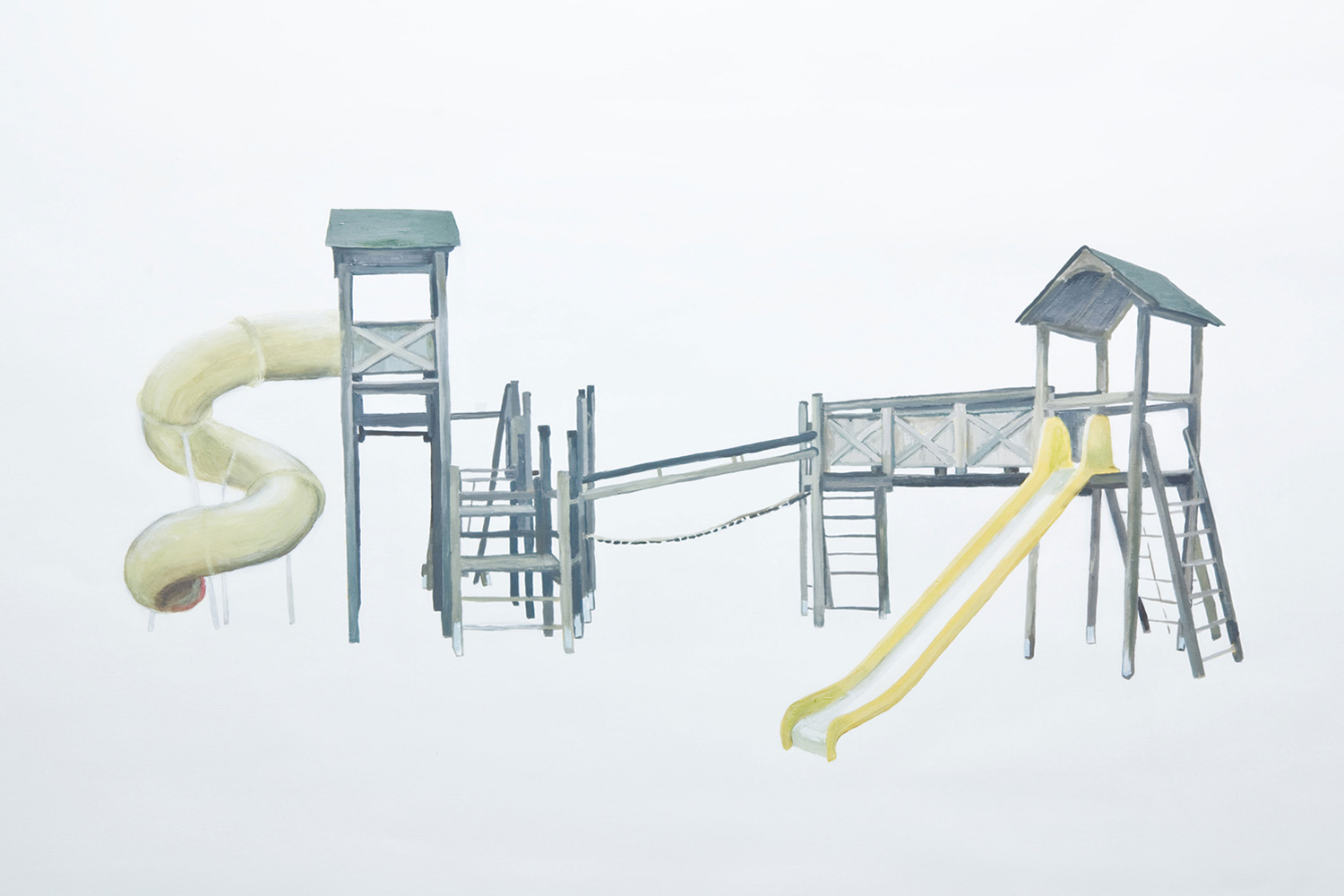 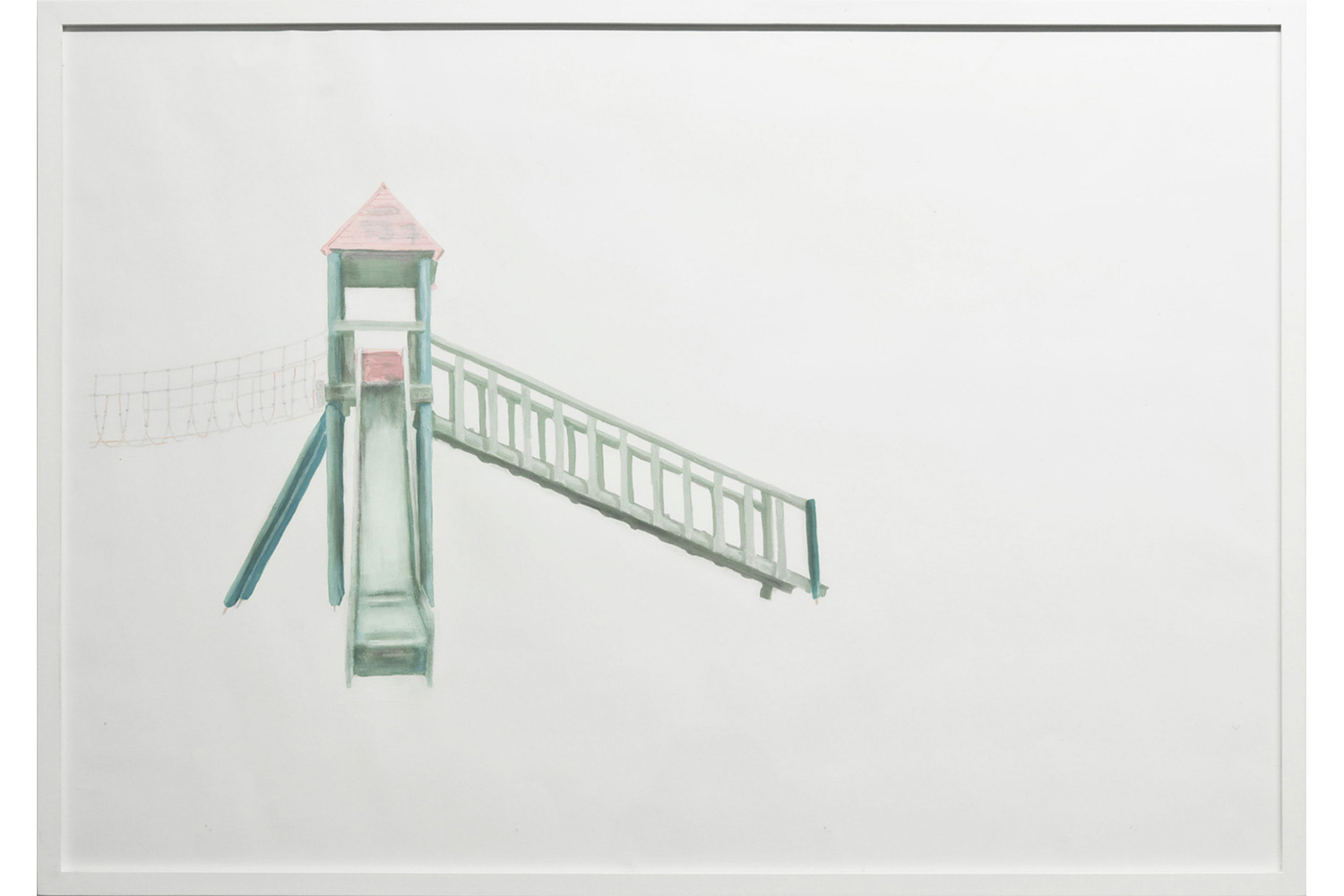 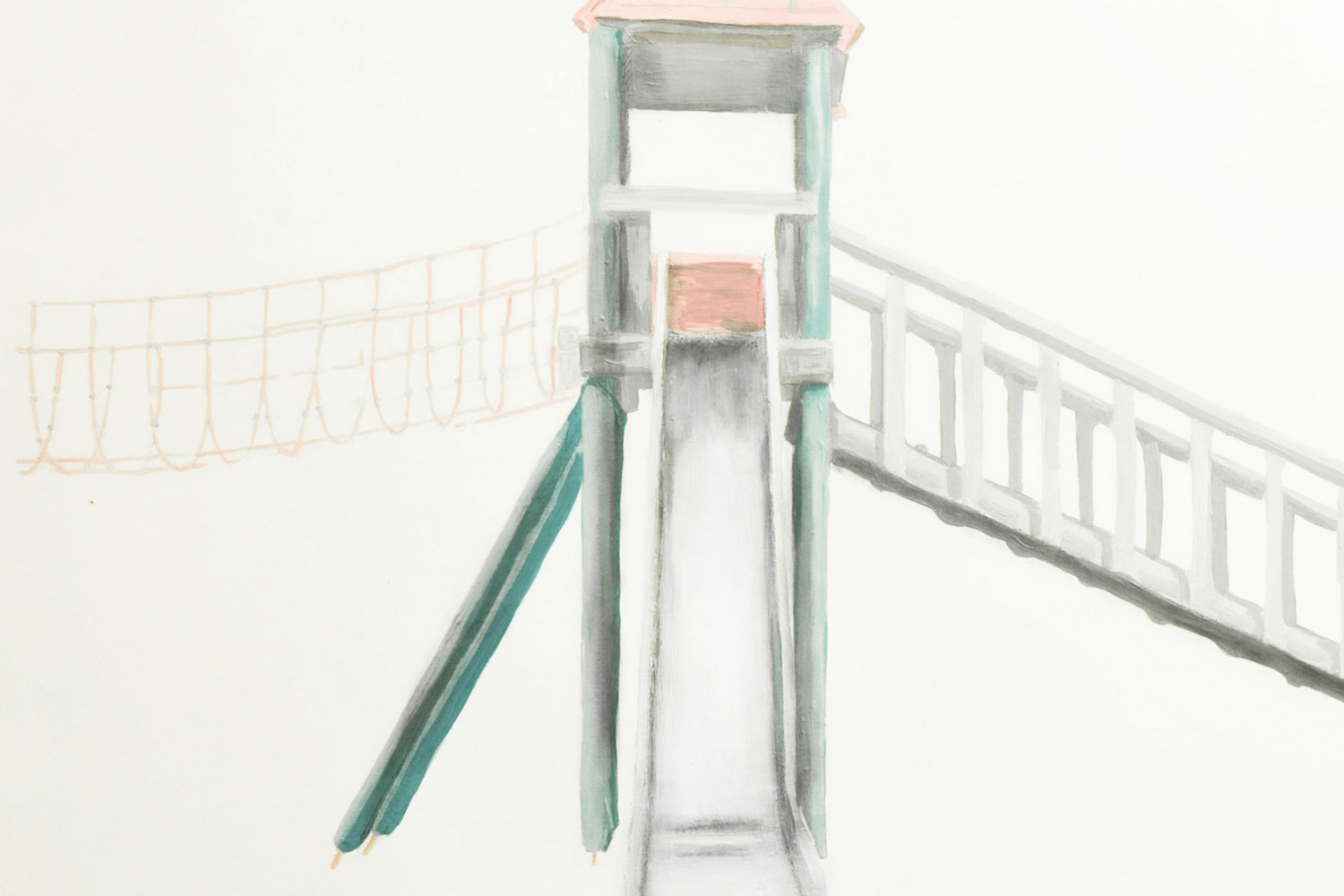 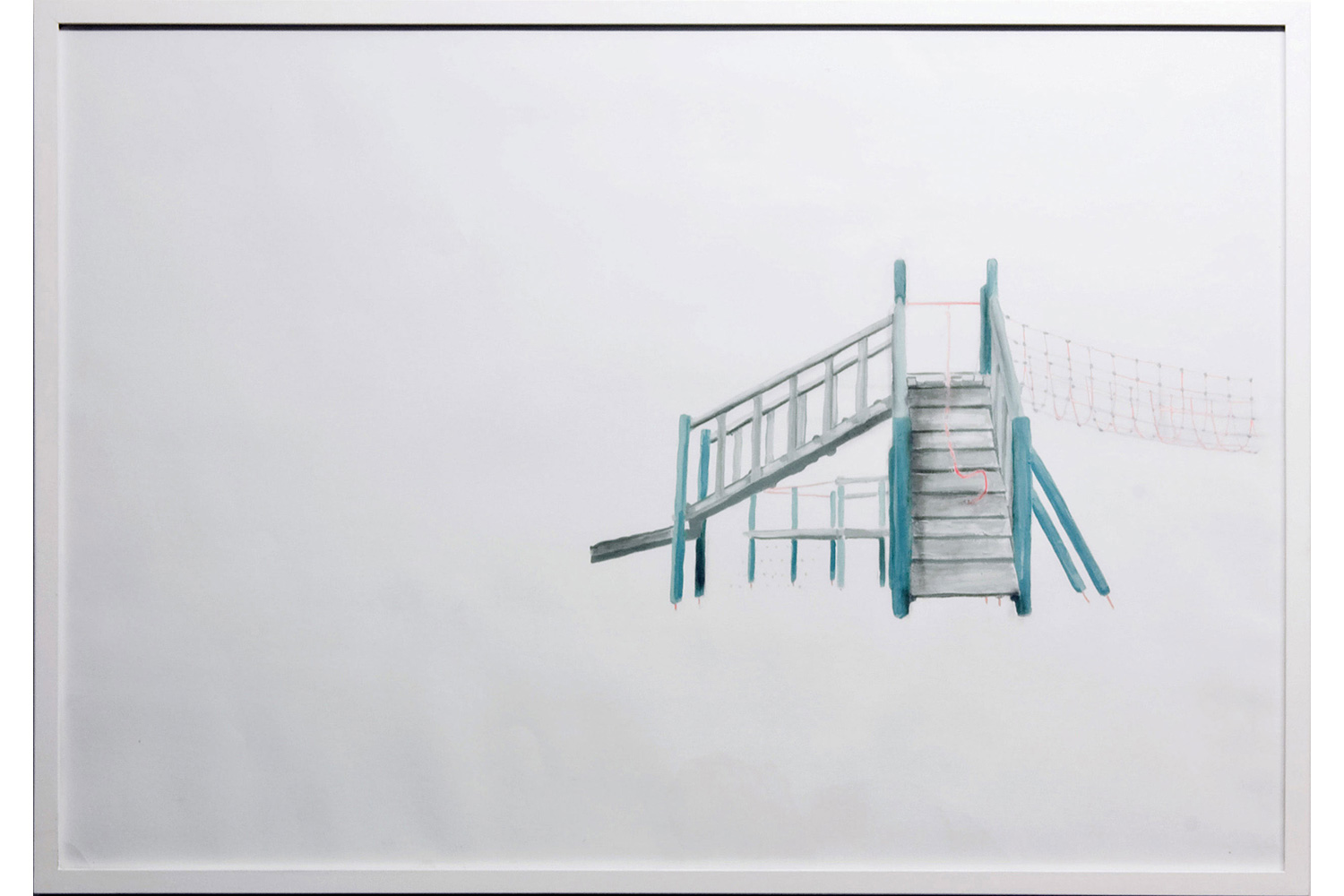 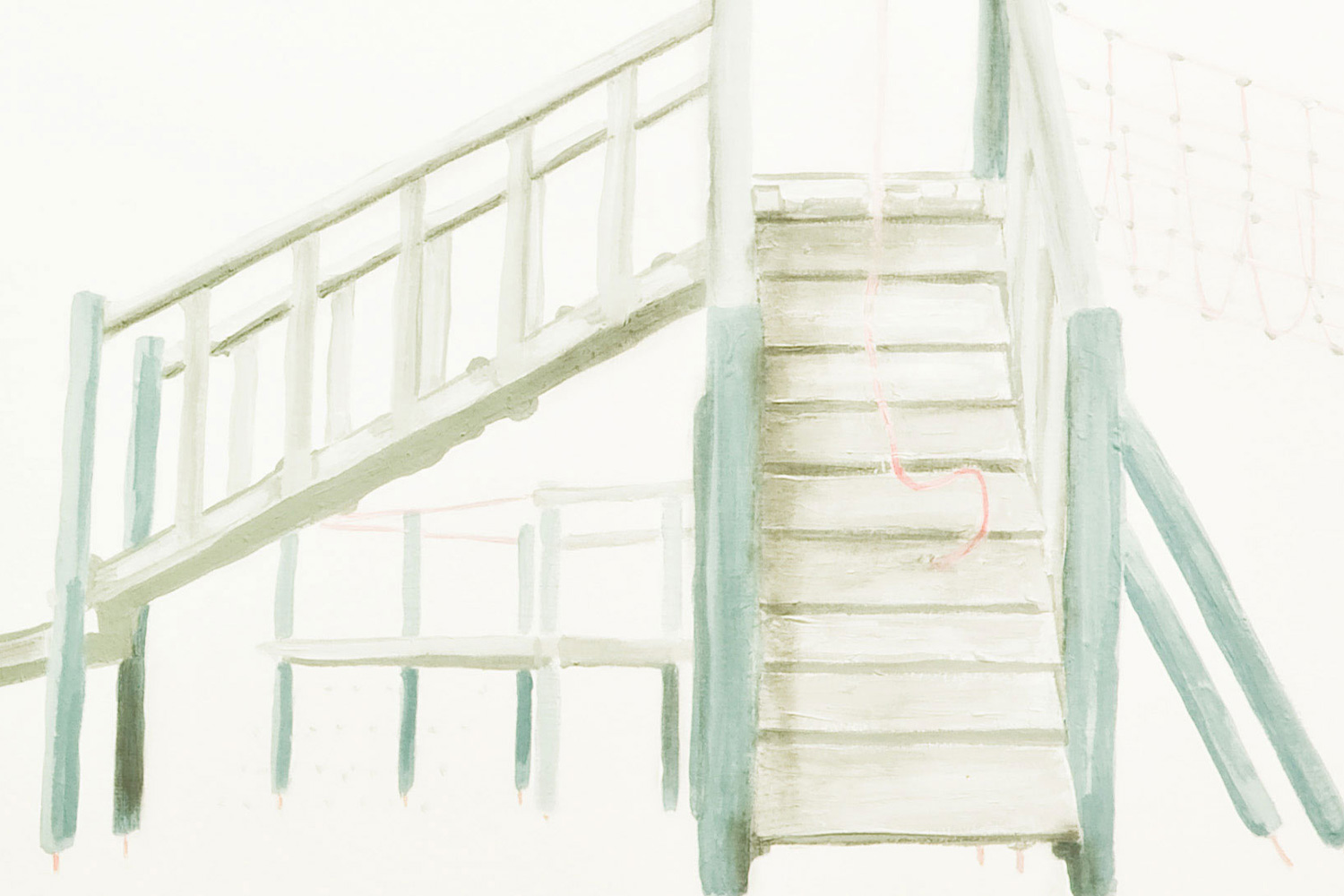 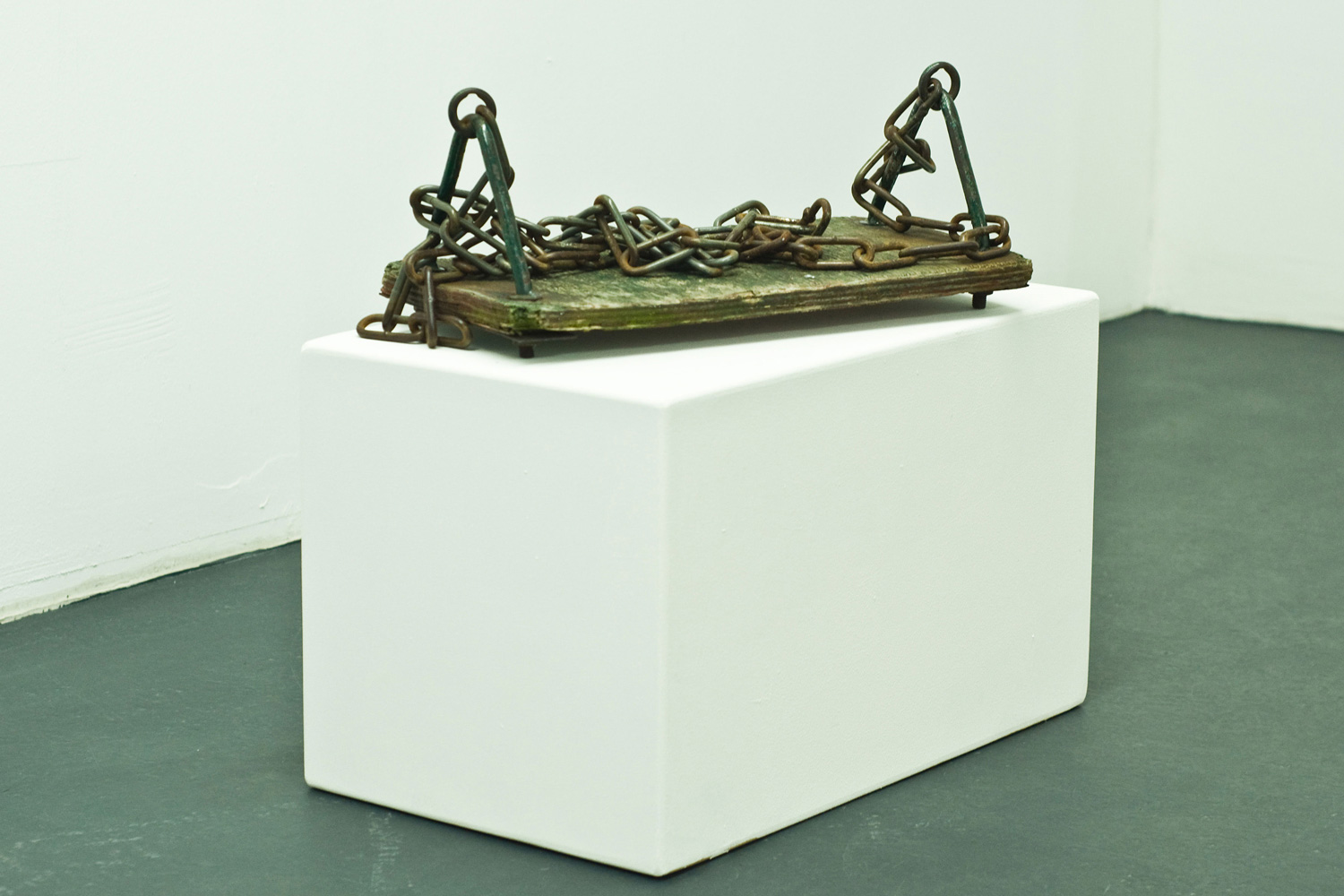 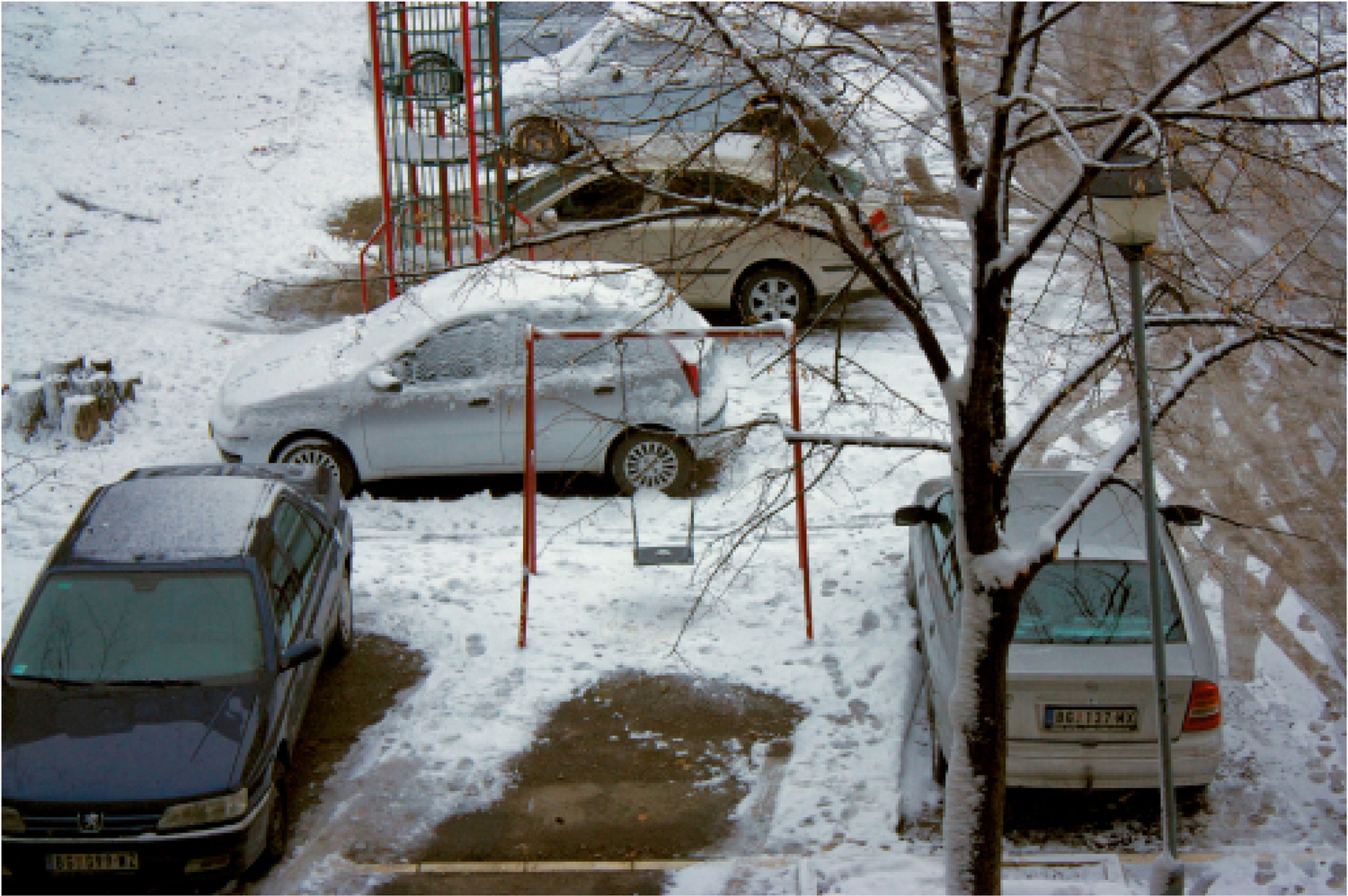 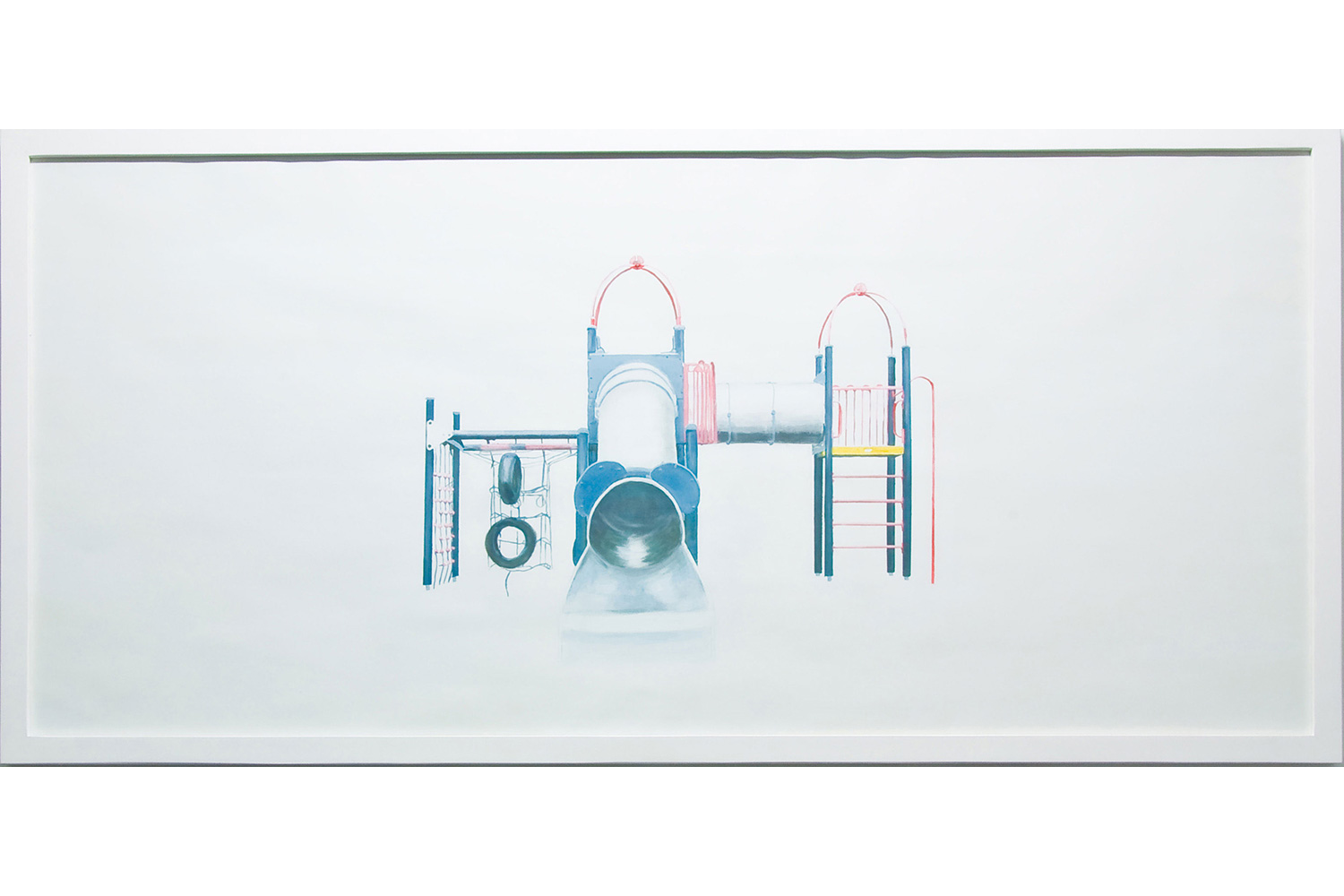 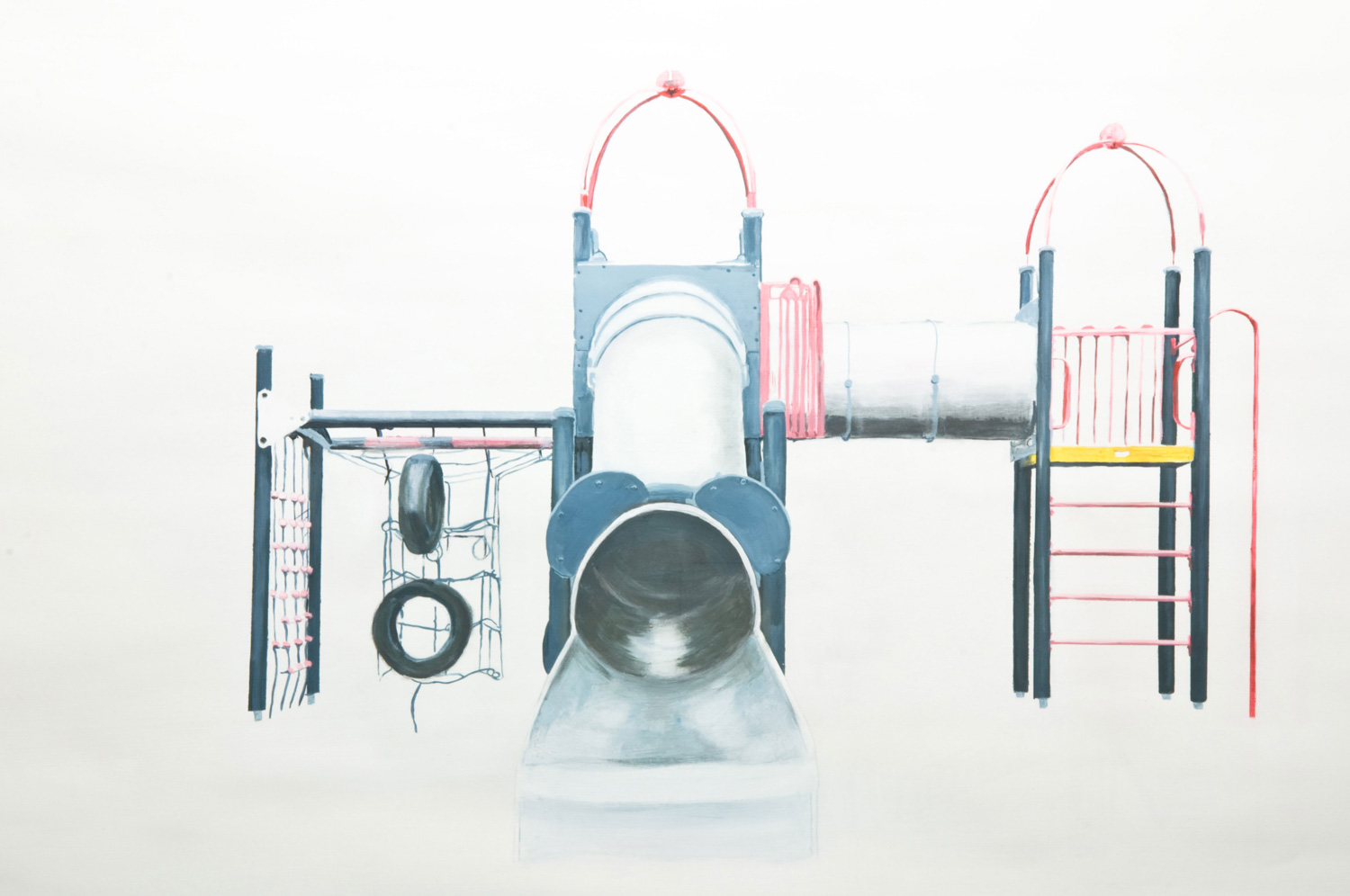 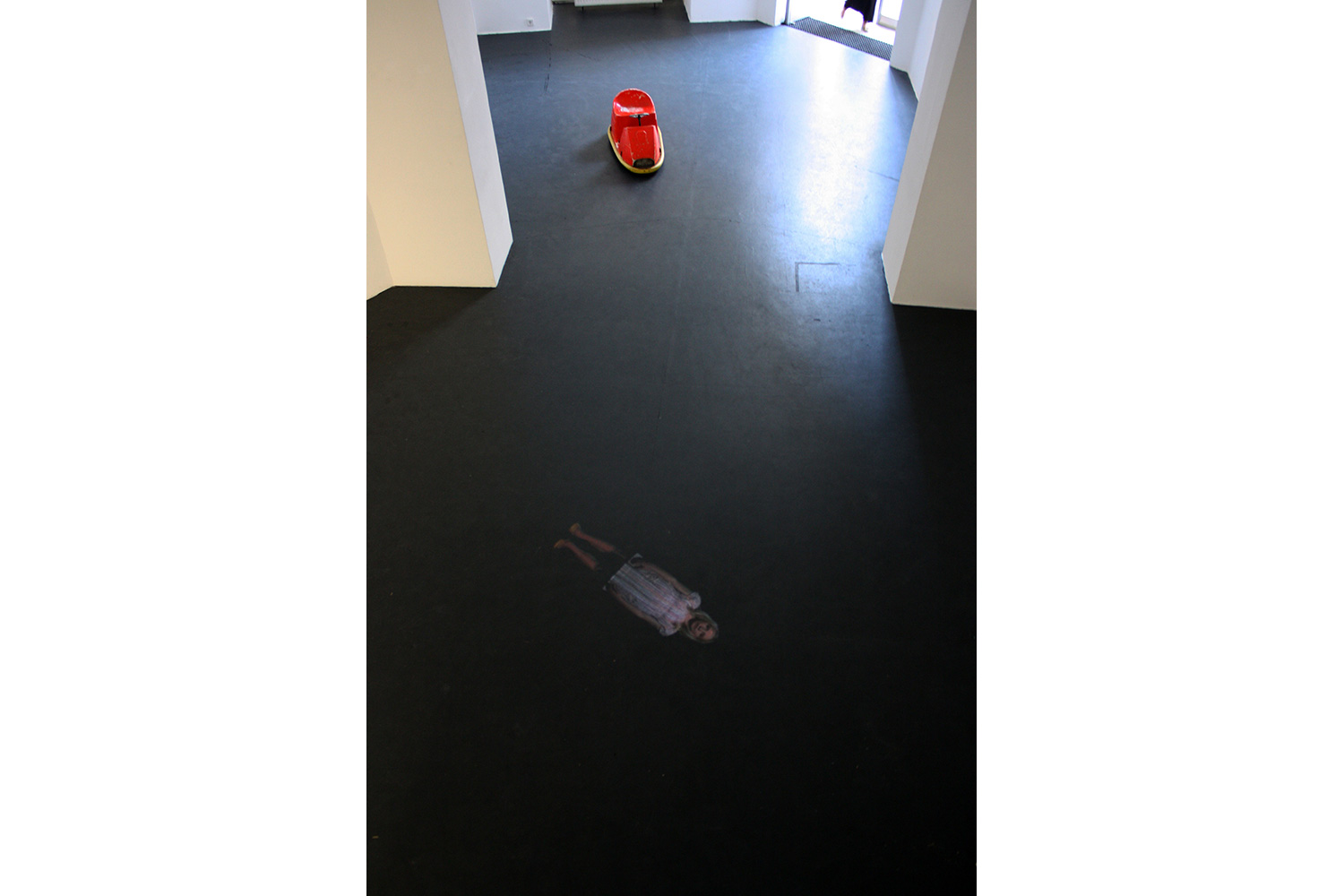 With his newest body of work Kaludjerovic investigates childhood signifiers, such as playgrounds, electric cars and swings leaving the protagonists out of the picture, quite literally. Instead of having the children climb up the ladders, cross over playground bridges or sweep down slides, Kaludjerovic leaves an empty and hollow field, making the viewer feel slightly perturbed.

In a more abstract manner Kaludjerovic continues to point out our responsibility in shaping the next generation and perpetually questions the truthfulness of our acts vis a vis the youngest ones.

excerpt from the text “Where Have All the Children Gone?” by Bozidar Boskovic 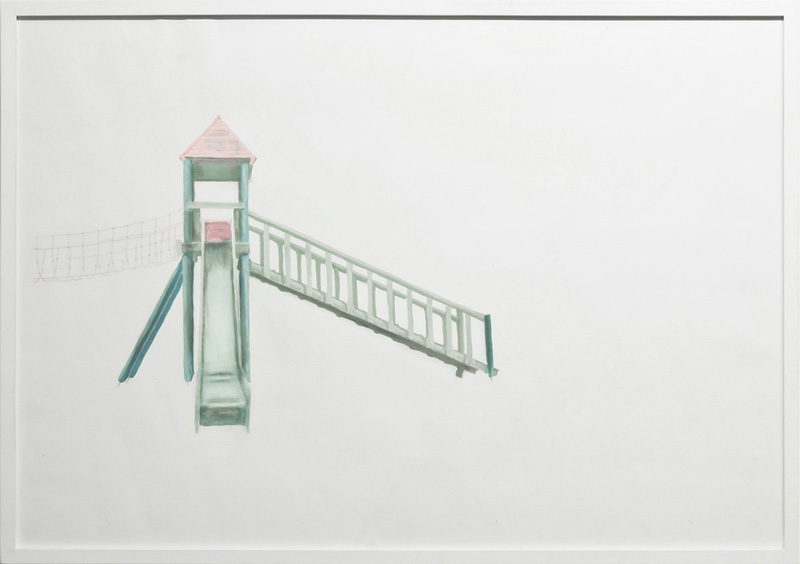 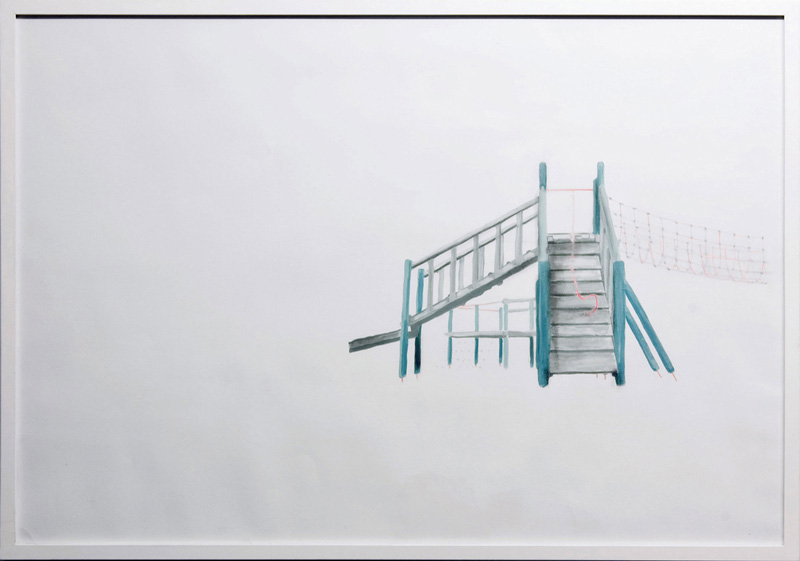 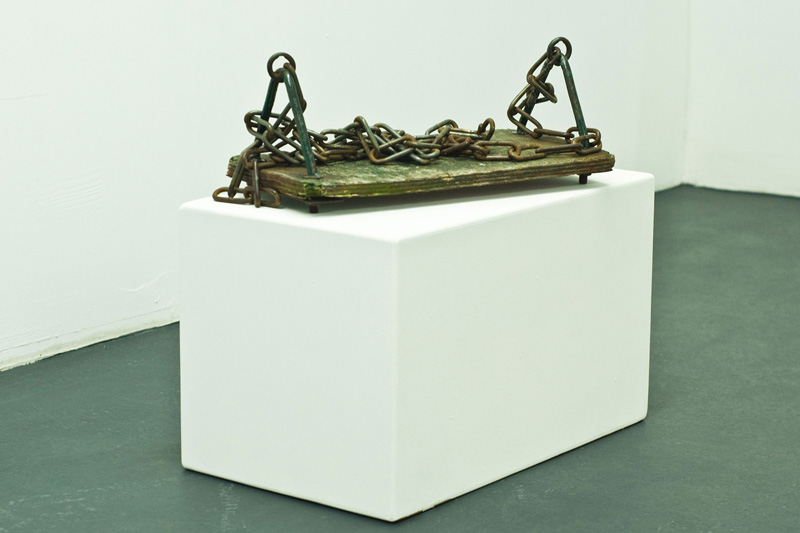 Another important object from Kaludjerović’s past is the swing, as one was located in front of the artist’s apartment building when he was a child. For his solo exhibition in 2010 at the Steinek gallery in Vienna, he engaged his father to dismantle a swing from a public sphere, and recreate a new habitat for it in the gallery. His father appropriated something from a public area and used it to recreate the artist’s private memory, thus Kaludjerović turns the object into an artefact in a gallery space. In return the artist found another swing which he carefully hand painted with the same cartoon character as he used in the interior of the ready-made car object. He then positioned the swing in the same public space where the old one once stood. Now the hidden character from the car sculpture becomes accessible to everyone since it resides in the public domain. Kaludjerović took a photograph of the newly painted swing, and then he displayed it alongside the one from his childhood that his father secured for the gallery space. 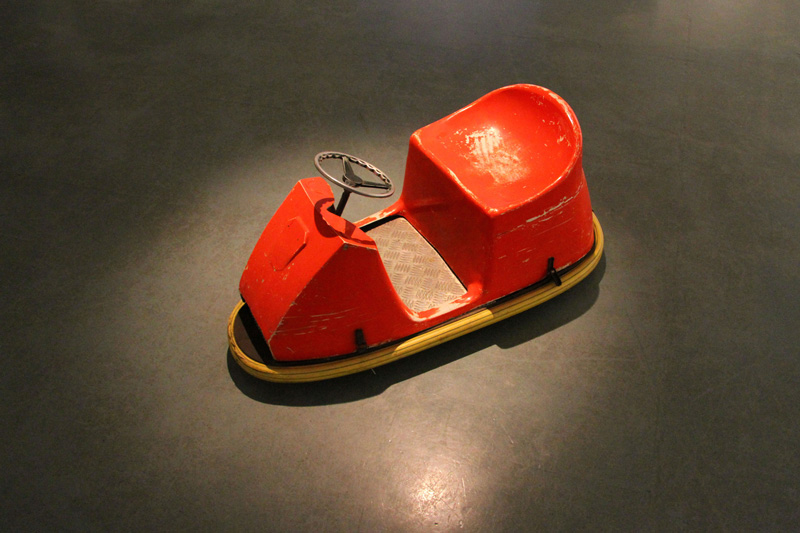 Kaludjerović’ first ready-made sculpture from this series is an electric car, a quintessential object of engagement in amusement parks for boys and girls growing up in the 70’s and early 80’s. Kaludjerović adds an extra layer to this piece that is not readily visible to the audience. Parts of the car’s interior, the parts sur- rounding the engine, are hand painted with Kaludjerović’s fa- vourite childhood cartoon character. With this symbolic gesture the artist hints as to how we memorize certain aspects of our childhood and our ability to store, retain and recall informa- tion from the past. He brings his beloved childhood recollec- tions into a space of art and tries to decipher their meaning today. 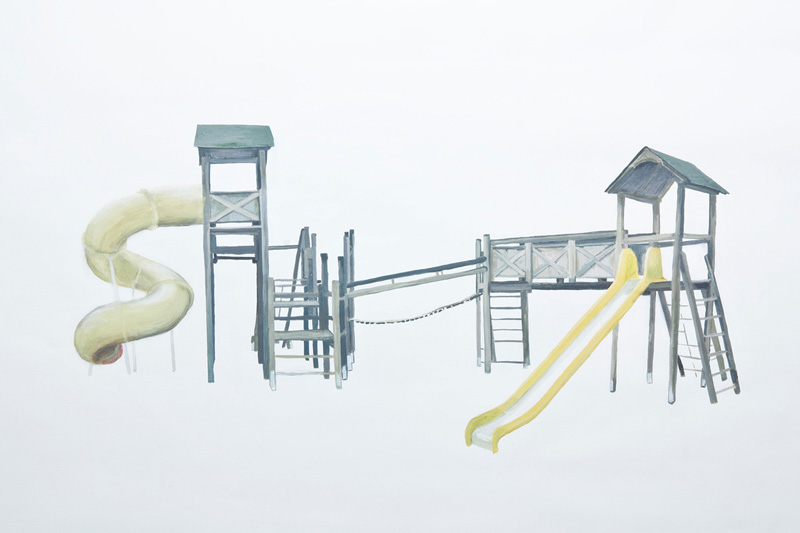 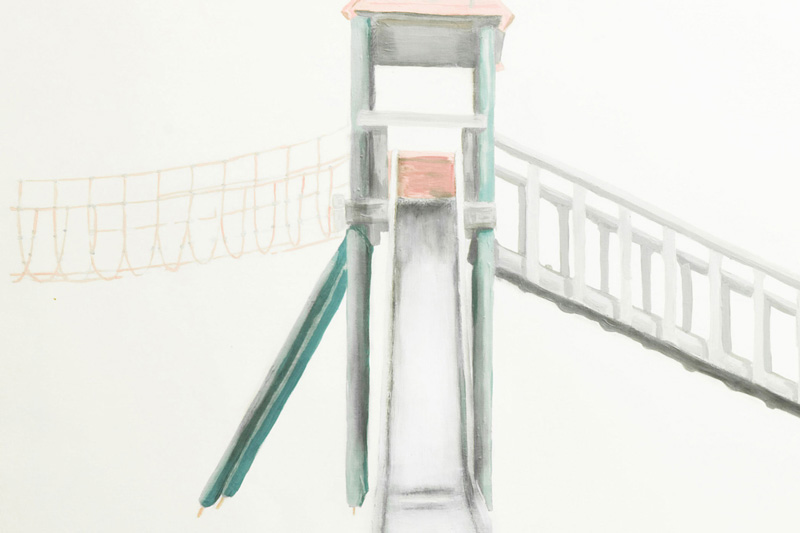 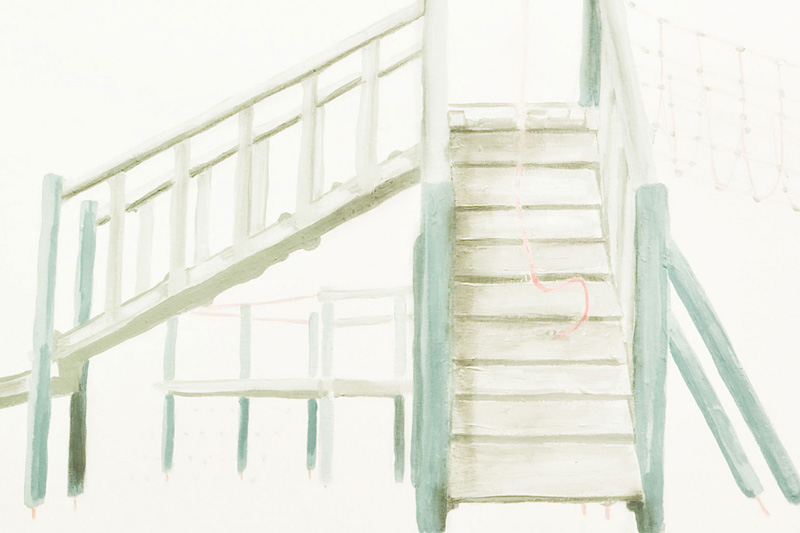 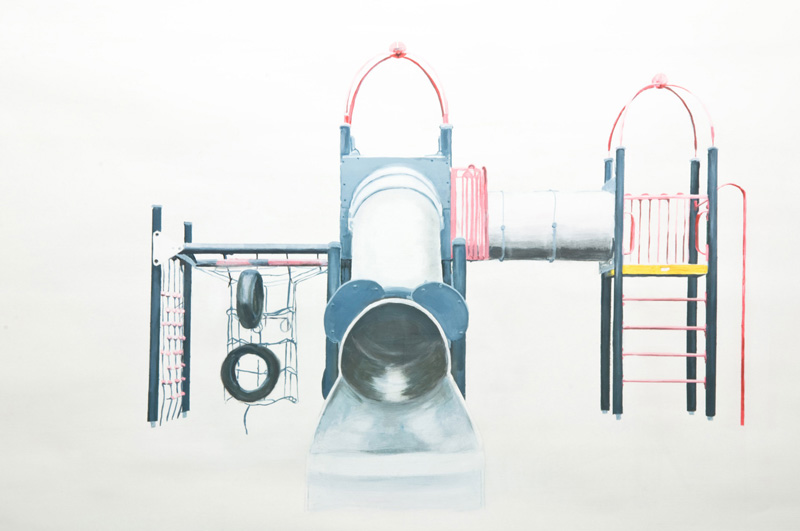 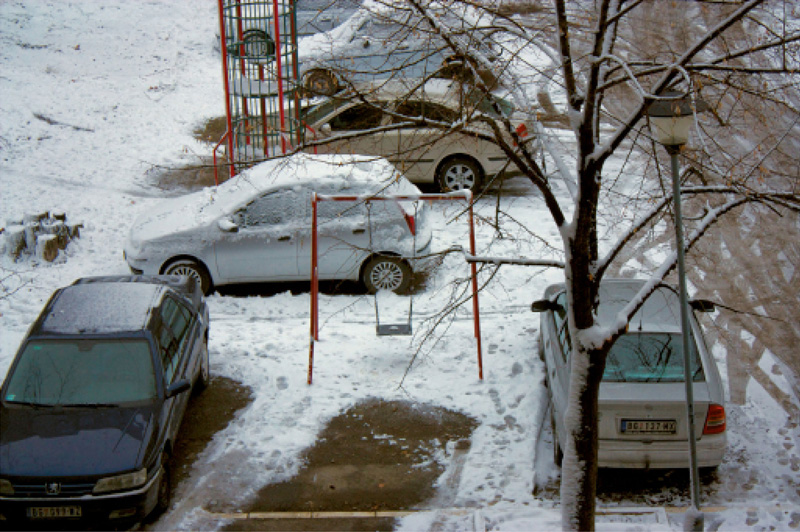 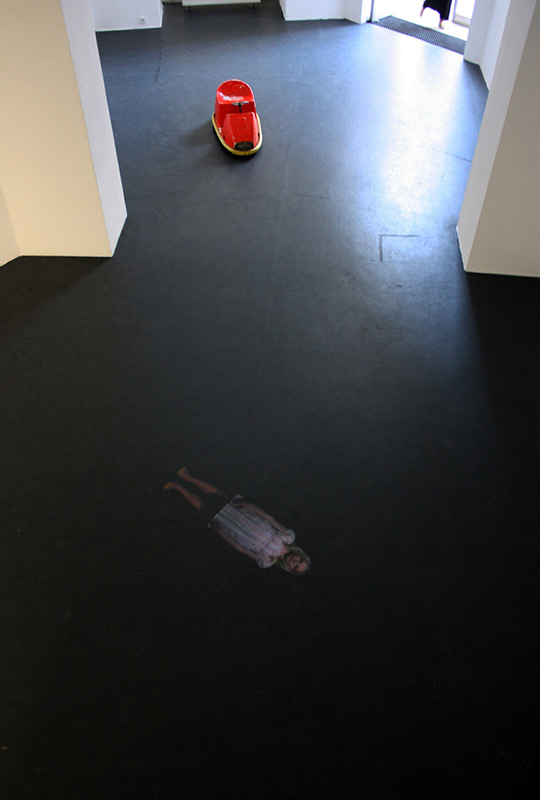